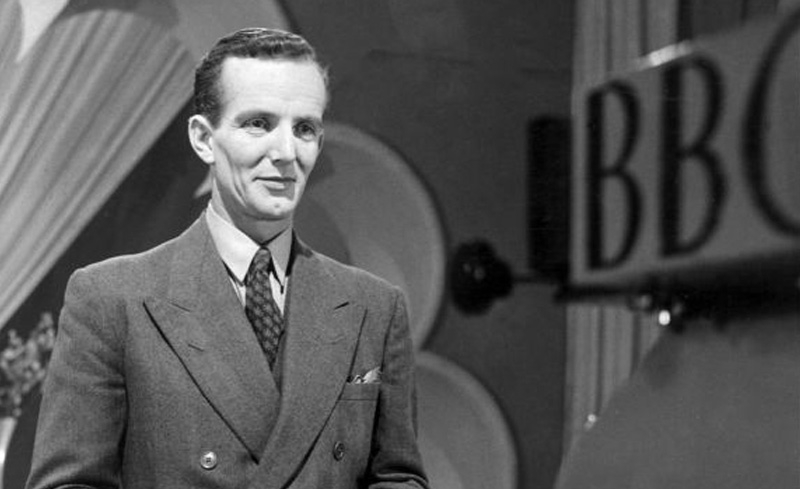 Began his career as a character actor in repertory theatre using the stages names Val Blanchard and Robert Blanchard, MacDonald Hobley was one of the main BBC announcers when television resumed after the War. He was the first host of Come Dancing, introduced arts films on Kaleidoscope, hosted a travelling variety show Holiday Town Parade. He spent three years on ABC, part of the ITV network, and later hosted such shows as Does The Team Think? and the first two BBC series of It's a Knockout.

Voted Television Personality of the Year 1954.

He introduced the first televised Party Political broadcast by saying that the viewers would hear from Sir Stifford Craps.