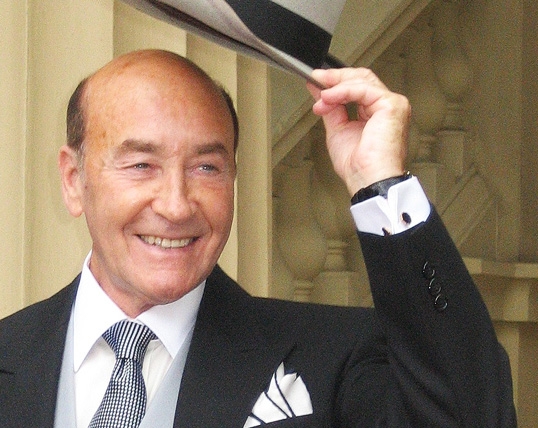 Keith White MBE is Managing Director and co-owner of a chain of retail and manufacturing jewellers, Michael Spiers, with five shops in Somerset, Devon and Cornwall. Known locally as 'Mr Squash' Keith has been involved in squash for over 65 years.

Educated at Brighton College, Keith was British Junior Champion 1955-1958 and has subsequently competed through all the age groups in squash, and represented both Middlesex and Devon counties for 30 years. As a veteran (over-45) he captained the Devon county team to win the national title 1988/1989. In 1986/1987 Keith was British Veterans doubles champion. Keith has represented Great Britain at five Maccabiah Games in all age groups, in both individual and team events and won five gold medals. His passion doesn't stop there though, as well as supporting the youth development of squash (which he still coaches from age 6-18 years) he also supports sport in the community with a wide range of sponsorship for local teams.

Keith has been married to Rita for 48 years and they have two children - Samantha who lives in Canada, and Damian who lives in Brighton. In 2012 Keith was on the Queen's Honours List for an MBE which he received at the end of February. This was for his service to sport in the South West of England over many years.

"I was at Brighton College from 1953 to 1957 in Durnford House. The Headmaster at the time was Ian Stewart who was a great inspiration and Geoff Lees was my squash coach. Mr Lees was certainly someone whose encouragement and guidance enabled me to reach the high standards I achieved over the years. I still attend the annual reunions (held at a bistro in London) with Graham Appleton and many rugby OBs of that era."