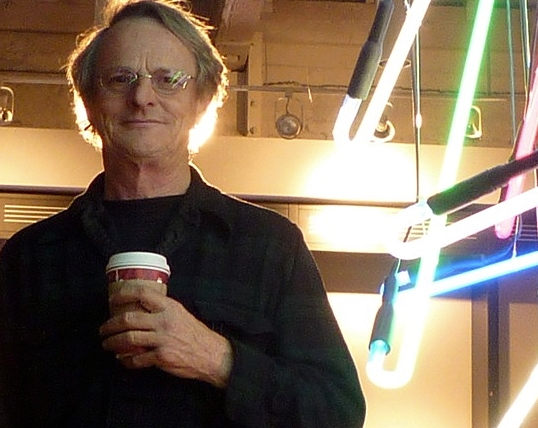 Philip was brought up in Le Havre, France and went to English boarding school at the age of 9. He met Gordon Taylor his first mentor at Brighton College who started him on a lifelong love of architecture and painting and sculpture . He went to Cambridge University to study architecture and quickly transferred to art school graduating from Chelsea School of Art.

After leaving his position as graduate research assistant at Northumberland Polytechnic art school, Philip Vaughan completed his first large public sculpture the Hayward Gallery Neon Tower in 1972. He worked as sculptor in England and as a fine art lecturer in a number of British art schools, including two years teaching at the City of London University while he experimented with inflatables and kinetics and built an ocean-going sailing boat in Rotherhithe, in east London. In 1979 he sailed that boat across the Atlantic with his new wife Alice. Shortly after landing in Florida he started working for Walt Disney Imagineering designing dinosaurs, rides and sets for theme parks.

In 1988 he set up his own design company to work on museums, cultural projects and theme parks and he has been running that company since that time to the present. The firm designs works principally for the Asia and the Far and Middle East markets and is a specialist in technical design solutions including ambitious public art projects.

He has all along been working and showing his work as a fine artist, working on sculpture, drawings, paintings and public art commissions. He works on large drawings on paper in his studio and continues to plan and build large public kinetic sculptures.