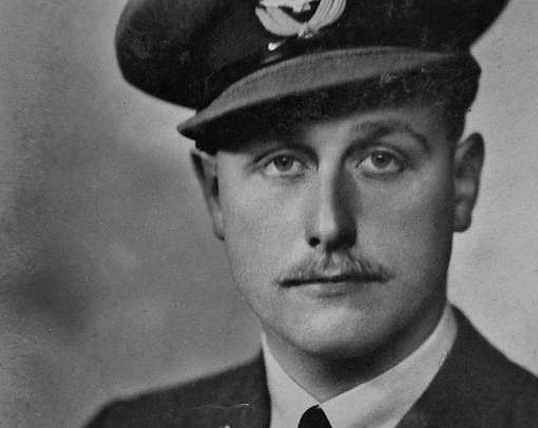 Flight Lieutenant William Walker, who has died aged 99, was shot down in his Spitfire during the Battle of Britain and wounded. Late in his life, having become the oldest surviving pilot of the Battle, he wrote poetry in memory of his fellow aircrew.

During the late morning of August 26 1940, Flt Lt William Walker (born August 24 1913, died October 21 2012) and his squadron colleagues of No 616 (South Yorkshire) Auxiliary Squadron were scrambled from Kenley to intercept a raid of 40 enemy bombers approaching Dover. Too low to attack the raiders, the squadron turned north to gain height but were ambushed by a large formation of Messerschmitt Bf 109 fighters.

Within minutes, three Spitfires had been shot down. As Walker attacked a Bf 109 his Spitfire was hit from behind and he was wounded in the leg. The controls were shot away and Walker was forced to bail out at 20,000ft. He landed in the English Channel very close to a sandbank, which he was able to reach. Shortly afterwards, suffering from hypothermia, he was picked up by a fishing boat.

A large crowd cheered as he was landed at Ramsgate, but the badly damaged hospital there was unable to deal with his wound. He was taken instead to an RAF hospital where a .303 bullet was removed from his ankle, a souvenir he kept for the rest of his life.

The son of a brewer, William Louis Buchanan Walker was born in Hampstead on August 24 1913. After leaving Brighton College, where he was a contemporary of the actor Sir Michael Hordern, he joined his father in the brewery trade.

Walker joined the RAF Volunteer Reserve at Oxford in September 1938 to train as a pilot. Called up on the outbreak of war, he completed his training before joining No 616, based near Beverley in East Yorkshire, where the squadron’s task was to guard the industrial cities of the north.

The month of August saw an increased tempo of fighting as the Battle of Britain intensified. On the 15th, the Luftwaffe launched a major attack from Norway and Denmark against the north of England. No 616 was scrambled and intercepted a large force of bombers approaching the Yorkshire coast.

Walker, who had only recently joined, flew on the wing of his section leader as they attacked the force. By the end of the engagement, six enemy bombers had been shot down. Four days later, No 616 moved to Kenley, where Walker was immediately in action.

He returned to flying after six months’ treatment, joining an aircraft ferry unit before transferring to No 116 Squadron on anti-aircraft co-operation duties. He was released from the RAF in September 1945 and received the Air Efficiency Award.

Post-war, he returned to the brewing trade and rose to become chairman of Ind Coope, a role previously held by his father. He never lost his liking for a pint.

In later life, Walker was a strong supporter of the Battle of Britain Memorial Trust. Fit and well into old age, he was ever-present at the annual service of remembrance held at the memorial at Capel-le-Ferne overlooking the English Channel in Kent, which always concluded with him stepping forward and reciting, in a strong voice, one of his poems.

Best known is Our Wall, written to celebrate the stone inscription of the names of 2,937 members of The Few. During the 70th anniversary commemorations in July 2010, the Patron of the Trust, Prince Michael of Kent, unveiled a copy of the poem, carved and sited alongside the wall it describes. To great acclaim, Walker then read the poem, which describes the “many brave unwritten tales/That were simply told in vapour trails”.

His poems were published in 2011 with the proceeds donated to the Battle of Britain Memorial Trust.

William Walker married Claudine Walker, one of the Mawby triplets, in August 1941. They separated later in life and she died in September 2012. They had seven children, including Tim Walker, Mandrake columnist at the Telegraph. Two children predeceased them.

This obituary is published with the very kind permission of The Telegraph.