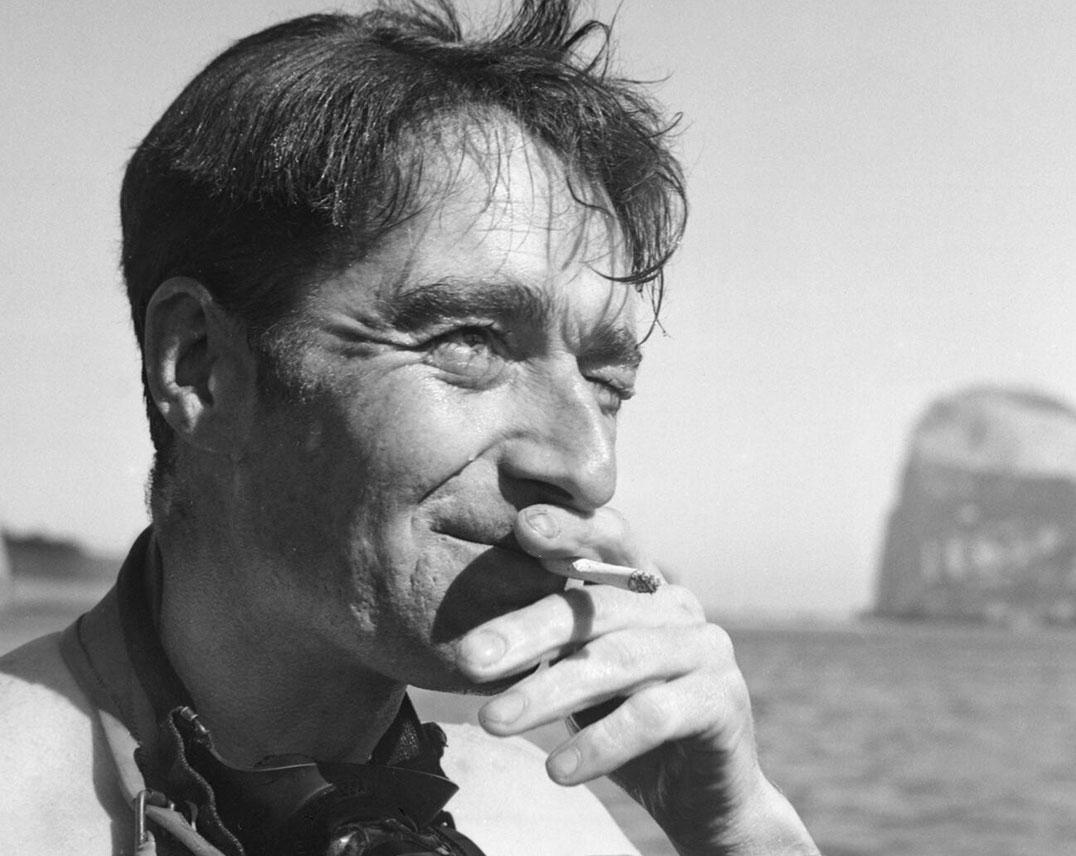 One of the most enduring mysteries of the Cold War - who killed Commander Lionel "Buster" Crabb? - may finally have been solved.

A retired Russian frogman has claimed that he cut the British diver's throat in Portsmouth harbour when he caught him placing a mine on the hull of a ship that had brought Nikita Khrushchev and other Soviet leaders to Britain in April 1956.

The celebrated war-time diving hero, "Buster" Crabb is now the centre of a new mystery (albeit one likely to obsess the British Secret Service less than his 1956 disappearance beneath a Soviet ship lying at anchor in Portsmouth harbour) - namely, was he or was he not an Old Brightonian?.

The wonderful new book by Tim Binding (with whom the Association has been in correspondence in this matter), "Man Overboard", tells us that Buster attended Brighton College. There have been a couple of Internet confirmations of this, but the Association itself remains unable to confirm this; Buster simply doesn't exist in the Admissions Register!

We therefore appeal to all OBs to stick their thinking caps on... Lionel Crabb would have attended the College in the early to mid 1920's, and whilst we don't expect a deluge of correspondence from his former classmates, we hope that some of you might remember something that would confirm these stories. I myself well remember Philip Burstow regaling us with stories of this fellows exploits below the waves - how much more exciting would it have been to have known at the time that Crabb was an Old Brightonian?

Despite Crabb's somewhat suspicious disappearance, and the various conspiracy theories for it, the Association remains keen to claim this extraordinary man as one of our own - if any of you can help us in our endeavour, please get in touch right away. The President, Martin Jones, Mr Binding himself and Alex Bremer wait with baited breath (there may have been a clever sub-aqua-related pun somewhere in that last sentence... but we couldn't spot it - Ed.).

The OBA has been contacted by one of Buster's very few remaining relatives, Mrs. Lomond Handley, who writes: "Lionel was my late mother's cousin and she attended Boston House School at Eastbourne. She was born in 1911. She was very close to her cousin Lionel, who was brought up by her father the late Frank Jarvis, as Lionel's own father was killed in the First World War and she was adamant that Lionel attended Brighton College. I gather he didn't like it and so my Grandfather arranged for Lionel to go to HMS Conway, as he wanted to go to sea. Lionel didn't attend the Conway until he was about 16 so he obviously spent his earlier years elsewhere and my mother said it was definitely Brighton College."