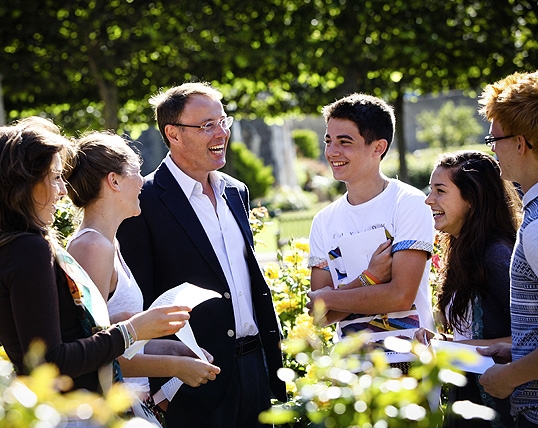 I am delighted to inform you that the Head Master has been awarded the title of England's Headmaster of the Year at a ceremony at the Dorchester Hotel in London last night, sponsored by Tatler magazine.

This is a terrific achievement following so swiftly on Brighton College being awarded England's School of the Year title in November of last year by The Sunday Times.

In their summary of Richard Cairns' many achievements since becoming Head Master, the judges could point to:

But I know that Mr Cairns is most proud of the warm, friendly and tolerant environment that he has striven so effectively to establish. A few days ago, he showed me a number of letters he had received from outgoing Upper Sixth Form leavers. One of them wrote the following:
"I've come to realise that much of a school's atmosphere and ethos radiates from the Head himself. I was struck by your genuine and heartfelt concern for others and how often you emphasised to the pupils of Brighton College the importance of tolerance and kindness. I wanted to thank you personally for that as it is one of the main reasons the College is so exceptional".

That, above all, is why Mr Cairns deserves this award and I know that you will be as delighted as I am for him and for the Brighton College community.