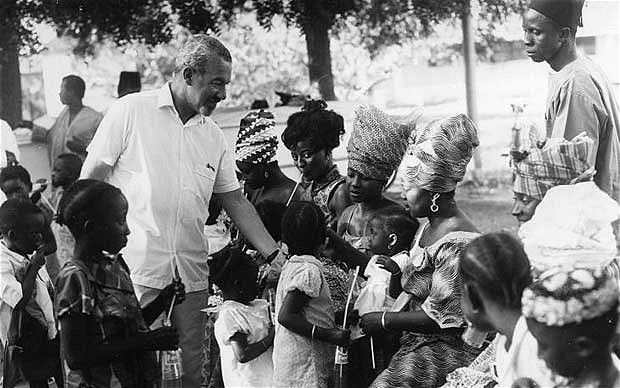 Professor Leslie Collier (H. 1934-37), who died on March 14 aged 90, was a virologist and bacteriologist who built on the earlier work of such scientists as Edward Jenner in helping to develop a vaccine that led to the eradication of smallpox; he also made major contributions to the understanding of trachoma, a disease which causes blindness in tropical countries.

Smallpox was a highly contagious and deadly disease that, between 1900 and 1970, killed an estimated 300 million people worldwide — more than all the wars and genocides of the same period. When Collier began his research at the Lister Institute of Preventive Medicine in 1948 a vaccine existed; but unless it remained refrigerated, it deteriorated rapidly.

The Americans had developed a method of freeze-drying vaccine and the French had carried out research into its application in their colonies before the Second World War, but there was a problem: phenol was added to the freeze-dried vaccine to fight bacterial contamination, and the chemical damaged the active virus. Collier added a key component, peptone, a soluble protein, to the process. This protected the virus, enabling the production of a heat-stable vaccine in powdered form.

This was a pivotal development in the effort to eradicate the disease because it eliminated the cumbersome necessity to establish and maintain a “cold chain” to protect the vaccine. Health workers could carry the freeze-dried vaccine for weeks — even months — in their bags and it would remain effective. Tests carried out by Collier and his team found no loss of potency after two years at 45ºC.

Collier’s breakthrough enabled the World Health Organisation to initiate a global smallpox eradication campaign in 1967. The last known case of the disease occurring naturally was in Somalia in 1977.

Leslie Harold Collier was born on February 9 1921 and educated at Brighton College. He studied Medicine at University College Hospital Medical School in London. After wartime service in Italy with the RAMC, he worked briefly as a pathologist at St Helier Hospital, Carshalton, before joining the Lister Institute in 1948.

In 1955 Collier was appointed head of a new Department of Virology at the Lister Institute laboratories in Chelsea, with the immediate objective of isolating the agent, then thought to be a virus, causing trachoma — a blinding disease affecting 400 million people worldwide. He also became honorary director of the Medical Research Council’s trachoma research unit, with a small team at Chelsea and an expatriate researcher in Gambia.

Almost as soon as they began work, a group of researchers in Beijing succeeded in isolating a psittacosis-like bacterium from the eyes of Chinese trachoma patients, findings which were confirmed in Gambia. Collier then confirmed, by infecting blind human volunteers, that the agent (subsequently identified as Chlamydia trachomatis) did indeed cause the disease.

Subsequently he carried out a major study of the microbiology, clinical features and epidemiology of trachoma and allied infections to achieve the first isolations of the chlamydias which, as well as causing blindness in the tropics, cause a range of sexually-transmitted, respiratory and cardiac diseases. The work of the Lister unit was of major importance to the subsequent study of chlamydial infections.

Collier was deputy director of the Lister Institute from 1968 to 1974 and director of the Vaccines and Sera laboratories at Elstree from 1974 until their closure in 1978. He was Professor of Virology at the University of London from 1966 to 1988 and a consultant pathologist at the Royal London Hospital from 1987.

Medical students and pathologists will know him as co-editor of the eighth edition and editor-in-chief of the five-volume ninth edition of the “microbiologist’s bible”, Topley and Wilson’s Principles of Bacteriology and Immunity (now Topley and Wilson’s Microbiology and Microbial Infections), which won the Society of Authors’ 1998 award in the advanced edited book category. He was also joint editor of Developments in Antiviral Chemotherapy (1980) and co-author of Human Virology (1993).

Obituary courtesy of The Daily Telegraph