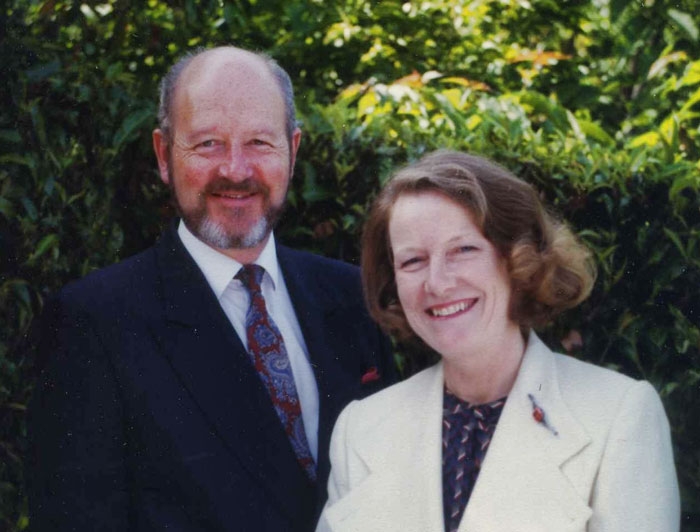 18 November 1943 – 13 June 2009, Mark Andrews attended Brighton College between 1958 and 1963.  He entered Bristol House as a Centenary Scholar when Dick Crossley-Holland was housemaster.  Mark rose to be Head of House and a school prefect when Ian White (H/C. 1956-62) was head boy.  He was art editor of The Brightonian magazine and a founder of WALLPAPER which appeared at the time.  A second fifteen rugby colour and a swimming and water polo colour, he was a member of one of the strongest school swimming teams on the circuit at the time.

Direct contemporaries at Bristol House were the well-known sculptor David Nash (B. 1959-63) and Richard Salter (B. 1957-62), one of the original King’s Singers.  Other friends at this time included Eddie Levy (B. 1957-62), ‘Fred’ Macpherson, Steve Webbe (S. 1957-62) and Richard Beales (S. 1957-62), Andrew Potter (B. 1957-62) and Roy Dantzic (D. 1957-62), Graham Salaman (C. 1956-60) and Mike Hoar.  Mark was particularly influenced by Gordon Taylor, Brighton’s gifted, iconoclastic Head of Art.  Gordon’s integrity continued to provide inspiration throughout Mark’s life.  He drew upon his example in his own teaching of handwriting, drawing, painting, and simply training children how to see.  More particularly, he learned to take a realistic view of the ego, his own and that of others, and to cultivate civilising life skills and the ability to retain an overview.  Mark’s love of singing probably started at Brighton – later in life he regarded himself as a frustrated opera singer and was well able to launch into the duet from the Pearlfishers or many another aria or risqué song from the music halls or Noel Coward, such as ‘A Bar on the Piccolo Marina’.

Mark read History at Exeter University, where he met his wife, Diana, took part in student reviews and bought and sold old MGs, TRs, Morris Minors and even a marvellous 1930s follower from Polperro. His subsequent career lacked a certain direction in its early stages.  He worked for Hill Samuel and The Times, then, somewhat disastrously, in the family business, and even guided Americans around the British Isles.  His life’s work began almost by accident, in 1975, when he took a temporary job at Sompting Abbotts, his old preparatory school, teaching English, History, Latin and sports.  He was soon enjoying it enormously, particularly the cut and thrust banter and hilarity of the staffroom.  In 1980 he joined Windlesham House School, teaching English, Drama and Latin and taking on the housemastership of Grenfell House.  He edited a magazine of children’s writings and began what would become a leit motif for the rest of his career, writing and producing children’s plays and musicals.  One particular production, Pandemonia, had more than 300 children in the cast.  He believed passionately in the power of music and drama to provide confidence and enable the less able or disturbed child to shine.  His teaching style drew strongly on humour, surprise and his own cartoons which would pepper the blackboard and even the odd exercise book.

In 1987, Mark became Headmaster of Chafyn Grove School, Salisbury.  Part of his brief was to provide a building programme which would give the school a new direction.  He completed a large Arts Centre, with drama hall, music rooms, art, pottery and woodwork studios, together with a sports hall, squash and tennis/netball courts.  In addition, the existing school buildings were rationalised and great efforts were made to ensure that girls were given equal standing.  His dramatic productions continued.  It was during this period that Mark became a Governor of Brighton College.  In 1994 he became Headmaster of Rydal Penrhos Preparatory School in North Wales.  The political skills he gained in Salisbury were to be invaluable during a period of merger and radical change for Rydal.  He gained enormous respect for the commitment and sincerity of the governing body.

On retiring from Rydal, Mark returned to full time teaching for seven years, as Head of English at the New Beacon School in Sevenoaks.  He was also able to return to the relaxations of the staffroom, denied to a headmaster.  The large number of ex-pupils and colleagues who attended his funeral and paid tribute in various ways is testament to the love, gratitude and respect they hold for him.  Mark is survived by his wife Diana, his three children, Tabatha, Max and Kate and four grandchildren, Elizabeth, Catherine, Freya and Charlie.
Diana Andrews

Ian White writes:
"I first came into contact with Mark while sitting next to him in a Lower Sixth English set in 1960.  He had three immediate and obvious gifts to offer a receptive, bored next door neighbour:  a wicked and irreverent sense of humour and exceptional, if somewhat merciless talents as both a mimic and a cartoonist.  From that moment a friendship was born which was to last very nearly fifty years.

We subsequently shared a flat together in London, saw each other get married and lived through many years of sharing both the joys and tribulations of adored young families right up to his last days of a cruel terminal illness, bravely borne.  Fifty years of unending fun and laughter, of shared holidays, dinners and lunches with our wives and families, his larger than life brother Tim and his wife Chrissie and his many and varied friends.  Days in Worthing, Steyning, Appleby, London and latterly Rustington.

However, there is one attribute one associates with Mark which needs a special mention all of its own.  One which had its roots at Brighton College, possibly from Gordon Taylor, maybe from Peter Gough and others in the artistic, dramatic and musical world of the College in the 1950/60s.  It was the gift of being able to give inspiration, particularly to the young.  Many teachers are scholars, some are undoubtedly good teachers, but if we are lucky, we all remember the very few who really inspire to the extent of giving one life-changing moments.  Listening to the many tributes which poured into the Andrews' household on Mark's death, it was clear, if we didn’t already all know it, that Mark was just such a teacher; a purveyor of magic with the gift to be able to change people's lives for ever.  School plays, concerts, school magazines, school trips and the organisation of casts of hundreds of young would-be actors and actresses and, above all, the provider of truly memorable lessons, all enlivened no doubt by that wicked sense of humour, laced with those gifts of mimicry and cartoons of fellow teachers and pupils.  All seemed to have made Mark's world of teaching one dose of hilarity followed by another.  What a gift and behind it all a true and deep sense of humanity which has left a huge void for both his wife, his family and his friends.

Not a bad way to leave this world for any of us."