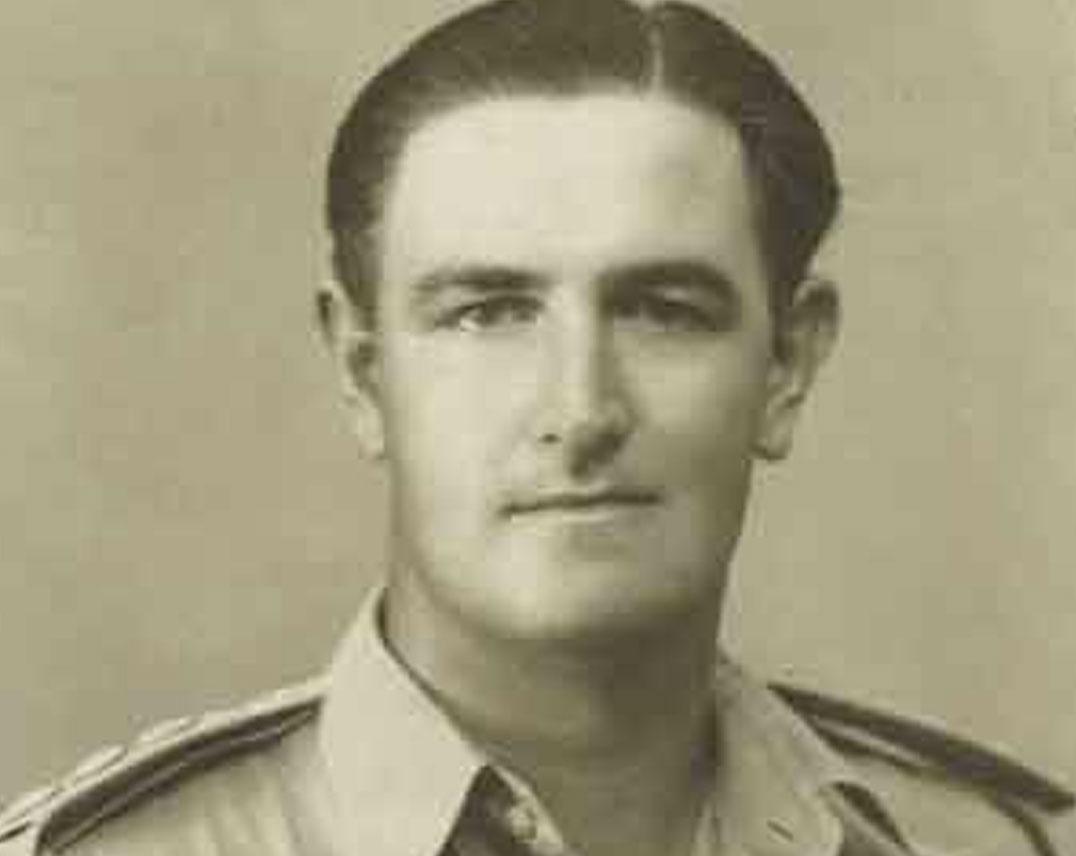 Mr Kay Irving Holder passed away on January 14, 2010. He was a very kind, generous and honest person, who lived a full life, filled with lots of adventure. He had a great appreciation for languages and literature and enjoyed playing sports, particularly tennis and golf. Other pastimes included hunting, fishing and travelling. He travelled a great deal throughout his life, which he credits for his open mindedness, tolerance and acceptance of others.

He was born on October 14, 1916 in Hawthorn Victoria, Australia.  During his early years, Kay lived in Camberwell Victoria, a suburb of Melbourne, and boarded at Camberwell Grammar.   His family then moved to East St Kilda, and he went to Grimwade, the primary school of Melbourne Grammar until he was 13 years old.  At this age, in 1930, he was sent to boarding school at Brighton College in England, with his older brother Richard. He was an OTC at this school and completed his Certificate A in 1934.

After the completion of his schooling at Brighton College, which he credits him for giving him the skills he relied on throughout his life, he worked at the Sun Life Assurance Society, in Threadneedle Street, for a couple of years.  The city life, he felt was not for him, so he went to Southern India to a tea estate in Travancore (now Kerala), where he managed the tea plantation.  At this time he was also a Trooper in the Southern Provinces Mounted Rifles.

In 1940 he was an OTC in Bangalore, where he was commissioned on graduation to Mahratta Light Infantry as 2nd Lieutenant and posted to join Battalion in Belgaum.  He was then transferred as Adjutant to Madras Regiment in Bangalore, due to his knowledge of the Tamil language.

In 1941 he was seconded to the newly formed 31st Indian Armoured Division in Karachi as DAPM.  He was subsequently shipped with the Division to Iraq, thence to Persia, where he spent the rest of the war in PAIFORCE, also serving as Town Major in Tehran and in Ahwaz.  During his time as Town Major of Tehran, in 1943, the conference between Churchill, Stalin and Roosevelt took place.  Once the war was over he was shipped back to Bombay and then to London for demobilisation. He was given an honorary rank of Major on his release from active military duty in 1946.

Kay married for the first time in 1947 to a widowed, Persian Princess by marriage, Pari Arfa.  At this time, he also found employment with the United Fruit Company.  He was required to travel extensively and live in the tropical regions of the world where bananas are grown.  This was not conducive to his marriage so eventually they divorced in 1956.

It was in Panama where he met and married Herminia Yolanda Jordan, his second wife, who was a registered nurse from Peru working at the company hospital.  He was married in 1956 and it was there his children were born, Victor and Soraya.

Whilst being an employee for United Fruit Company, he worked progressively in production, research, quality control and management before retiring in 1978.  He learnt to speak Spanish fluently at this time.  He lived in Honduras, the Cameroon’s in West Africa, Costa Rica, Panama, Philippines, Colombia and Belize.  He also travelled to various other parts of the world for business and on holidays with his family.

In 1978 Kay accepted the offer as a Banana Representative for the Committee of Direction of Fruit Marketing, Trading Department, North Queensland, Australia, whilst he was working in Belize.  He saw this as a great opportunity to get back to his country, where he had always planned on retiring.

He lived in Cairns, North Queensland, from 1978 to 1996.  He then moved down to Melbourne to live with his daughter, as his wife had decided to go back to her own hometown, Lima, Peru.  He enjoyed his last years in the place of his birth doing the things that gave him much enjoyment, playing golf, socialising with his friends from the RSL, reading and spending time with his children and grandchildren.

He leaves behind his wife Yolanda, son Victor, daughter Soraya, grandsons Alejandro and George, granddaughters Tiana and Catalina and a great granddaughter Aleijah.