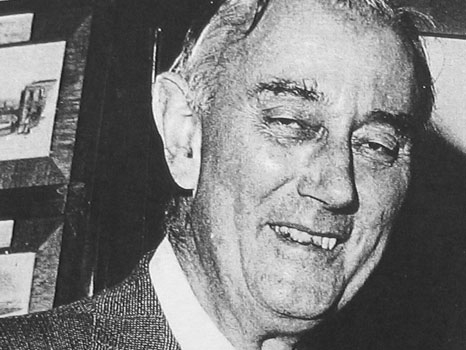 He was Second Master from 1945 and his enthusiasm for teaching (especially History) and his fanatical belief in the value of Games (especially Cricket – he ran the Junior School 1st XI for 35 seasons) inspired generations of school boys. However, his interests were not confined to school-mastering and his other great passion was Archaeology.

This year marks the Centenary of the Brighton and Hove Archaeological Society and to celebrate the occasion there is to be an exhibition ‘Digging the Dirt’ which will open on 27th October, 2006 at Hove Museum. Brighton Museum has contacted me because it is hoped to include memories of important figures in the Society’s history.

Philip Burstow was one of its most notable members and former colleagues and pupils are invited to share their memories of him, especially re his archaeological interests. We know from his diaries that Brighton College boys sometimes accompanied him on digs to Ranscombe Camp, Itford and Mount Caburn.