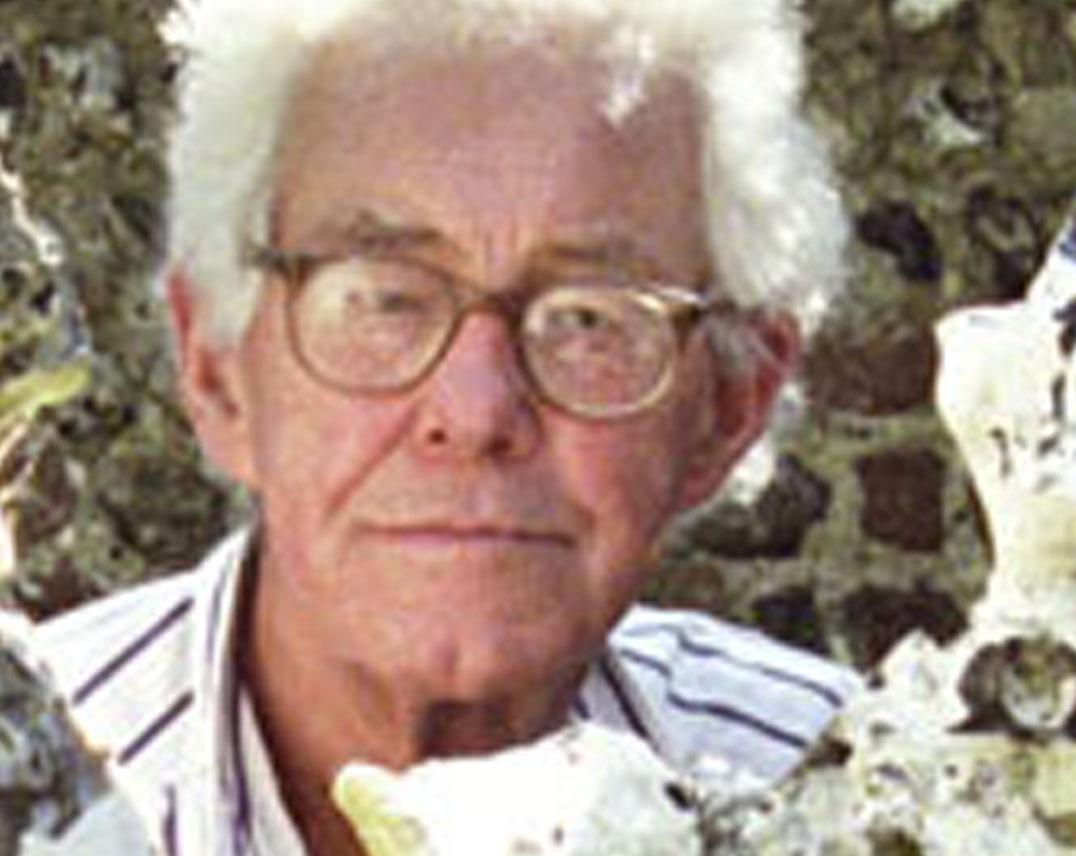 Peter Gough died at the age of 92 on Monday 26th June 2006 (following a stroke which may have been brought on by falling asleep in the sun) in the Royal Sussex County Hospital just 200 yards along Eastern Road from the school where he had been such an influential and much loved member of staff from January 1946 to July 1966.

Appointed to teach Physics he became Master in charge of squash (and later for many years of tennis) and took on the Housemastership of Hampden House in 1947 where he was very popular. In December 1948 he produced Moliere’s “The Miser” in an adaptation and translation by Miles Malleson (OB 1899-08). Leslie Banks, the well known actor and Peter’s father-in-law, wrote in a review “May this year’s classical revival be the beginning and the inspiration of a long and honourable tradition at the College”.

It was. Over the next 16 years Mr. Gough produced 19 more plays, some as double bills, 4 by Shakespeare, 2 more by Moliere, others by Seneca, Plautus and Sophodes, Thomas Kyd, Ben Jonson, George Farquhar, John Ford, Sir John Vanburgh, Philip Massinger, Nicholas Rowe, Samuel Foote and T. S. Eliot, and a play written in 1956 by Richard Buxton, then a boy in Bristol House, who is now a Law Lord and one of Brighton College’s most distinguished alumni. The story of Gough’s plays is told in the “Brightonian” of May and September 1966 with some experiences of what it was like to be in them. The drama critic of “The Daily Telegraph” in 1958 wrote in his review of “quality above anything the term school play can conjure”.

Peter Gough had been promoted from the Hampden to School House in summer 1951 following the unexpected death in the Easter holidays of Kenneth Campbell at the age of only 36. Over the next 12 years, Peter with his wife Daphne and House Tutors, Norman Frith, Nigel Jacques and Peter Perfect, earned the devotion of some 150 boys who could not fail to be affected for the better by the articulate, cultured, liberal and loving family in residence in the tiny flat above the kitchens. Here is a short quotation from Norma Frith’s encomium in the “Brightonian” of September 1966:
”For any boy – or colleague, for that matter – to come within the close orbit of the Goughs was to experience a quickening of the responses to life’s good things; to hospitality, to conversation, to friendship and, not least, to laughter. Laughter was in abundance in School House but there was also a seriousness of purpose that lest one more ambitious for oneself and also for the rest of humankind.”

Peter Gough had been appointed Second Master by Bill Stewart in 1957, succeeding R. E. Lester and consequently he escorted Prince Philip at the time of the Royal Visit in 1962 (see the “Brightonian” of October 1962 for lots of pictures and descriptions).

He gave up School House at the end of his 12 year term, moved to live in Lewes and continued as deputy to Henry Christie until in 1966 he went to Aldenham School at Elstree. He ran a double house of 100 boys at Aldenham for 8 years until retirement at the age of 60 in 1974 when the family returned to the house at Lewes that they had purchased in 1963. Here for the last 30 years by all accounts they were the social centre of Southover, and Peter became well known as a sculptor, using flints to create figurative statuary for the house or garden.

Peter and Daphne were welcome visitors at the College at which both their grandsons Daniel and Milo have been pupils. Daphne died a few years ago but Peter continued in the zestful manner that he always had, taking particular pride in the rising reputation of their eldest son Piers, the Architect, and Orlando, the Composer whose music is to be heard at the Proms this year.

Nigel Edwards (C. 1965-69) writes:
The death of Peter Gough brings to mind his time as second master when one of his annual duties was to rehearse the readers for the Carol Service. I was among those privileged to benefit from the experience twice.
Every year Peter Gough would ensure these readings were delivered with meticulous attention to diction and punctuation, thereby ensuring that God never promised Abraham his descendants would be as numerous as "the sandwiches on the sea shore", and that the shepherds were never surprised to discover the entire Holy Family lying in the manger - just the babe. I am sure it would not have been he who overlooked the memorable misprint in the service order the year the shepherds reported to the manager rather than the manger.
But there was certainly one misunderstanding that did the rounds. Apparently, many were under the impression that Carol Service readers were under an obligation publicly to express their gratitude to Peter Gough at the end of the lesson, mishearing "Thanks be to God" for "Thanks Peter Gough".

Patrick Lyford Comments on the Death of Peter Gough >>