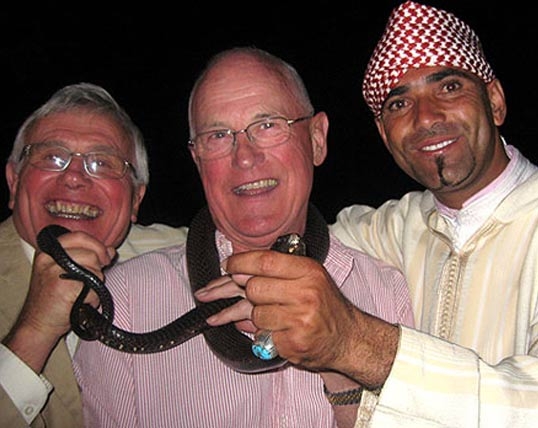 It is with enormous sadness, and indeed shock, that we learn of the tragic death of David Fellingham (S. 1956-60), after a very short and unexpected illness.

David was an extremely well known and much loved personality in and around Brighton, who for many years ran the well established family heating engineering firm, W H Fellingham and Sons. This was followed in latter years by his company, MoneyGoRound, and his passing will touch scores of friends and colleagues around the city.

Whilst at College he was a participating and successful sportsman of considerable talent (1st XV rugby, squash, swimming, sailing), and he was an equally successful and participating member of social gatherings at the "Pav". He was an exceptionally practical man, with a huge variety of interests, and a proud father and grandfather.

We extend deep and sincere condolences to his wife, Pippin, and son and daughter Will and Libby.

News: There was a terrific turnout for David's memorial service which took place at St Mary de Haura in Shoreham on 18th July 2007, followed by a reception at the Sussex Yacht Club.
Tommy Lloyd (D. 1954-59 - right) gave a moving and sincere eulogy, followed by readings from his son, Will, and Nick Bremer (Director of Art, Brighton College, 1969-2000). The joyous reception at the Yacht Club was the perfect send-off for David; teeming with family and friends on a beautiful sunny day at high tide, the marina providing a stunning backdrop.

Stephen Nedeham Browne (A. 1956-60) writes:
"I was deeply saddened on reading your report of David’s death. I first met David at BCJS in the early ‘50’s and had been friends ever since. I saw him in Brighton last November when we had lunch together with a few other OB’s: Charles Proe (D. 1957-60), Tommy Lloyd (D. 1954-59) and Bob Cole (L. 1956-58).
When I came to Mexico in 1973 I lost touch with David somewhat, but over the last few years we got together on my yearly trips to Brighton.
The outstanding memory of David at BCJS was that he was an early developer and at aged 10, apart from being tall was also strong beyond his years - even Ricky Farr (Tommy Farr - the boxer’s elder son) was wary of David.
The rest has been said by Nick Bremer, that he was a charming, friendly and kind gentleman. We are all poorer for his loss."