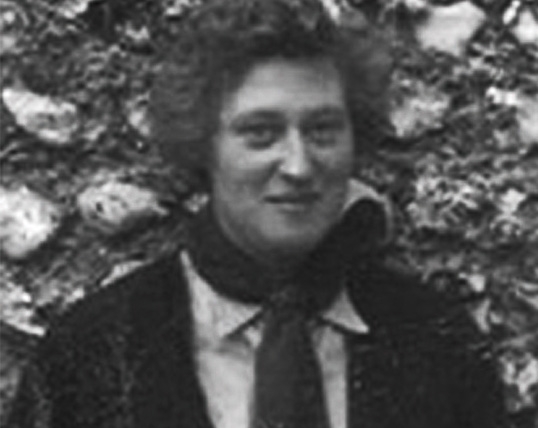 Audrey Chesterton, a teacher at Brighton College Junior School for some 25 years, has died. This is not an obituary but a memory of a colleague with whom I worked for ten years. Audrey joined the Junior School just after I had left to move on to the College, and it was her proud boast that she had completed over 100 terms by the time she finished.

I became headmaster just at the time when preparatory school science was assuming the place of importance that it now holds, and her involvement with the teaching of biology was exemplary and infectious. Her preparation was meticulous and her marking faultless, and nothing was allowed to stand in the way of the weekly double biology for the top two years; lower forms had a double period of science with her which served as a good introduction to the full-scale study that boys were to follow later.

Her organizing ability and her determination to produce the best that was humanly possible also marked out her yearly administration of the charities fair; I cannot remember exactly what we called it, but basically the whole school was taken over for an afternoon by sideshows and sales in support of the various charities that the school supported. Year after year the total raised was higher than before and the involvement of staff, parents, and boys more and more intensive.

Her report-writing and her pastoral oversight of Form IIIb revealed her care for and knowledge of individual boys, and her teaching of mathematics to those who found the subject daunting eased the fears of many!

Her arrival at school in the morning on her Vespa was like the arrival of a whirlwind; her vitality and enthusiasm for life were an example to us all, and noone could feel lethargic with her around. Truly, Audrey Chesterton was one of those who shaped not only hundreds of individuals but also the community to which she and they belonged.

Audrey's funeral was on Monday 23rd July 2007 at Brighton Crematorium.

Ian Wilson (A. 1958-63) writes:
"Just to add to Gordon Smith's piece about Audrey Chesterton I remember her as very sensitive and thoughtful to me as a traumatised 8 year old following a parental break up which were rare in those days and when I suspect teachers had no or little experience in dealing with such events!"

Tessa Foster (nee Keenan), Admin Staff 1967-1970 writes:
I worked at Brighton College in admin for the Bursar, John Fairhead, from 1967-1970, together with my colleague, Joan Ransom. We came close friends with Audrey and remained so until her death in 2007. We attended Audrey's funeral together at Brighton Crematorium on Monday 23rd July to say goodbye to an amazing and unique person. During my time at the College, I was the Cub Scout Leader at Hamilton Lodge School for Deaf Children (just around the corner in Hamilton Road)and on many occasions, Audrey supported my work and accompanied me in house to house collections for cub scout funds. She always championed the cause of those who were not so fortunate in life and infected everyone with her vitality, enthusiasm and good humour. She was compassionate and caring and her contribution to the work and life of the College has helped to support and shape the lives of so many.

I wish to add to the remarks about Audrey Chesterton.
I was a pupil at the Junior School from 1970 - 1973. I have (and always will have) very fond memories of Miss Chesterton.
To my mind she was one of the finest teachers of her generation - I will always be grateful of her concept about fair play combined with authority. One would never misbehave in her class - she was certainly formidable!
The main thing I recall about her was her sense of fair play and humour (yes - she could be humorous !) but above all - her determination in ensuring that the lesson was understood - she really cared about her pupils - and the school, essentially, was her life. We are unlikely to see her type again - and for that alone - this country will be a poorer place.
John Harrison (BCJS. 1970-73)