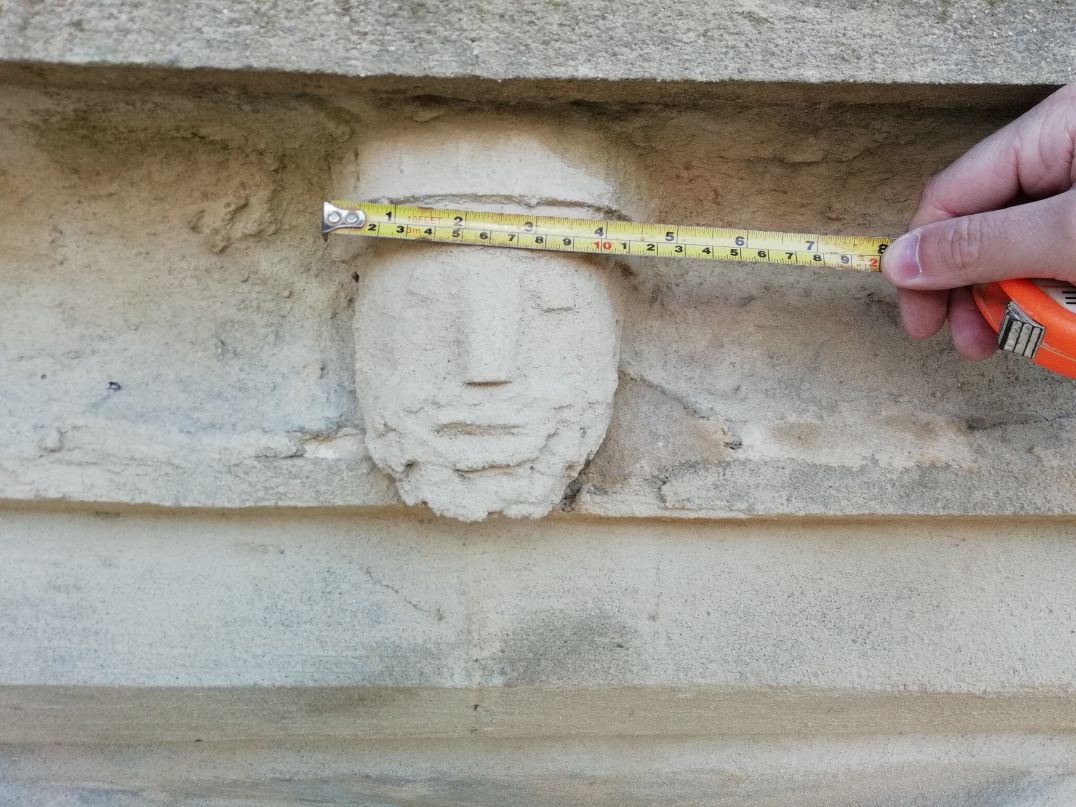 Early in 2018, one of our most prominent and significant restoration projects began on the historic Gilbert-Scott building - the Library oriel window. After three and a half months, the restoration work was completed and the exceptional architectural feature has returned to its former glory.

The Gilbert-Scott building, or to most Old Brightonians known as 'the Clock Tower', is the oldest of the College’s buildings, completed in 1849, following designs by Sir George Gilbert Scott. Scott was a not yet a household name when he was commissioned to design the College campus,but nonetheless won the school’s architectural competition. With an architectural style of English Gothic Revival, he was chiefly associated with the design, building and renovation of churches and cathedrals. He would go on to become one of the most prolific architects Great Britain has produced, with over 800 buildings being designed or altered by him, including the Midland Grand Hotel at St Pancras Station, the Albert Memorial, and the Foreign and Commonwealth Office in London.

In 1849, the College looked slightly different to the modern site, with only the original Gilbert-Scott building, which today houses Chichester and Seldon House with the library on top. Rather than an enclosed quadrangle, the College was set as a court, open to the south.

Technical drawings were produced for every stone to ensure that they fit together perfectly into what can now be seen. The draughtsman has been able to build back to within 5mm of its original lines, which is a testament to his ability and care on the project, more so because the original building was out of alignment, out of level and the various windows had been re-made to various sizes due to the gradual erosion suffered!
Original carvings which were previously indistinguishable due to years of decay and low-quality repairs have been brought back to life. Examples around the College were identified and then further researched, before being drawn for approval, and then hand-carved. A particular highlight was the development of the Grotesque, poking his tongue out at those who pass by, whilst being frowned as by the other regal heads!

For the restoration, the window was removed in its entirety and rebuilt in new Caen stone that is faithful to the original. Workmanship of the highest quality has been maintained throughout the build, whilst overcoming numerous technical difficulties associated with working on such an old and substantial construction.The work on site has taken place over a period of 3 ½ months. In this time, they have removed circa 15 tonnes of eroded stone and cementitious render, propped and retained the surrounding structure and finishes and rebuilt stone by stone, with no room for error. The replacement starts just above the Portland stone corbel, right up to the top of the roof, using the same materials and techniques as would have been back in 1849 with lime mortar, all doweled and cramped together to provide a stunning framework for the restored leaded light windows to be reinstalled.

If you have a particular interest in the history of Brighton College, or have any queries for our archivist, please get in touch with us at This email address is being protected from spambots. You need JavaScript enabled to view it.. 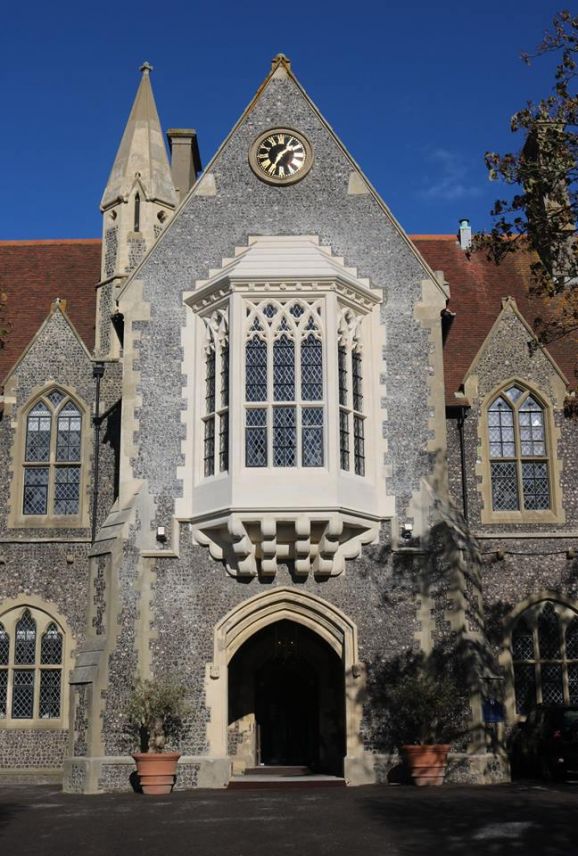