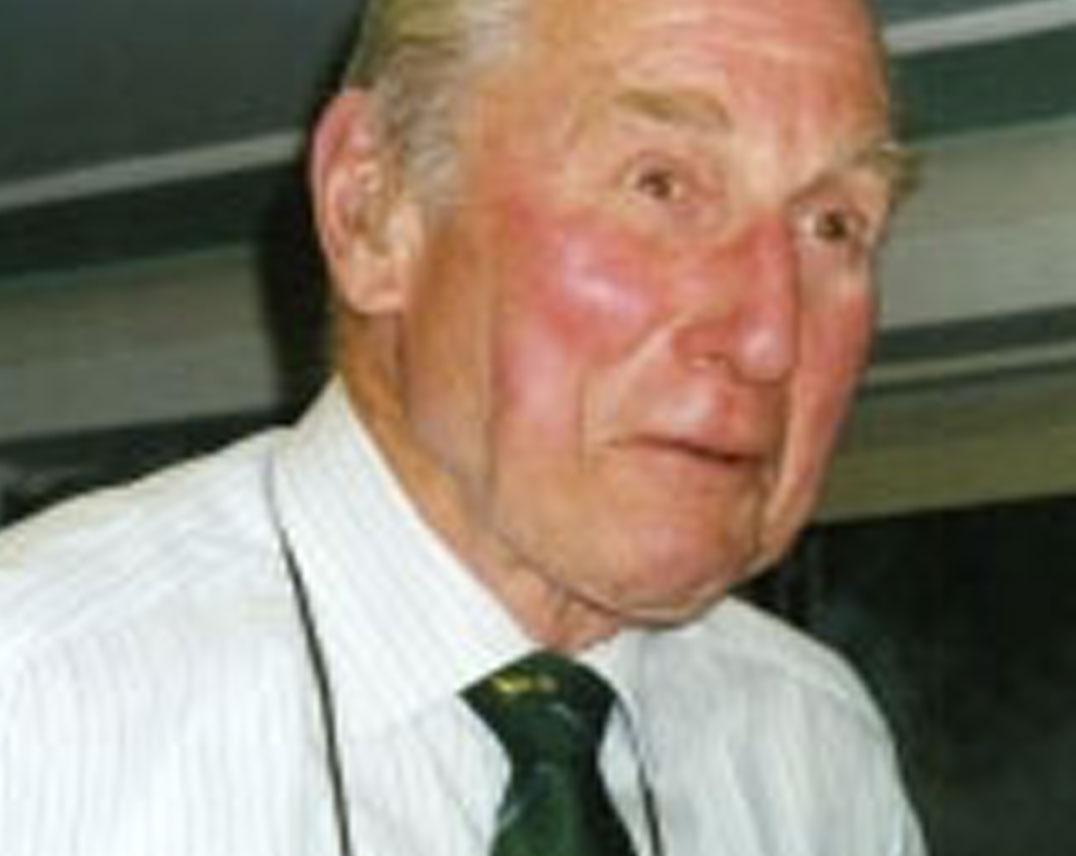 Dedicated Rotarian, pioneer of the International Fellowship of Cricketing Rotarians (IFCR) in Australia, Dunkirk veteran, Gordon Highlander, farmer, Gordon Fenwick lived a long and full life in which his achievements were many and varied. His career history included serviceman, beef cattle and hop farmer, manager and active Rotarian.

At the age of 19, World War 2 saw him cut short a horticultural degree at London University (he was destined to be a tea planter in India) to serve first in France, being evacuated from Dunkirk in May 1940, and then in India and Burma for the next 4 years, serving in the Gordon Highlanders Regiment. After the war be became a cattle farmer in Kent, breeding and showing Sussex beef cattle and growing hops.

In 1959, after meeting his future wife, a South Australian, he emigrated to Australia, settling in Adelaide and embarked on a series of jobs including acting as a guide on the Snowy Mountains Scheme, teaching year 8 at Clare High School, working for 12 years as Marketing Manager for the Stock Owners Association of South Australia, before finishing his career as the Director of the South Australian division of the National Safety Council of Australia in 1984.

An active Rotarian for 32 years, president of his club and an honorary life member of the Stirling Rotary Club, Gordon worked tirelessly for the community. From 1984 - 1991, as a member of the Mt. Lofty Rotary Club, he along with a group of club members, ran a catering caravan to raise funds for community projects. The can was present at many community events, and in particular the main revenue came from its presence at the Oakbank Easter Racing Carnival every year for 9 years. In 1988, on behalf of the club, he was asked to be Public Catering Manager for the Australian Scout Jamboree at Woodhouse, a huge undertaking. In 1989 he was invested with a Paul Harris Fellowship for his management of the catering caravan.

In 1993, a lifelong passion for cricket and a dedication to Rotary service led Gordon to establish and be the driving force behind the International Fellowship of Cricketing Rotarians (IFCR) in Australia. For the first 9 years of the fellowship in Australia he was the President and Secretary of the organisation and saw the membership grow from 20 to well over 200 from within Australia to form the nucleus of what has become a world organisation with Fellowship groups in most cricket playing nations of the world. During his stewardship as secretary and president he organised four different teams of Australian Rotary cricketers to tour the United Kingdom, New Zealand, South Africa, India and Sri Lanka. In addition, there have been games organised in the various states of Australia between Rotary districts as well as reunions of the various touring teams. Money raised at these matches went to worthy Rotary causes such as the purchase of sporting equipment for local schools. He retired in 2001 as secretary and was made an Honorary Life World Vice-President of IFCR.

A true gentleman, he will be remembered for his love of a chat by many in the Stirling district and by Rotarians across Australia, many of whom travelled long distances to be present at his funeral, forming a guard of honour for him in their bottle green Rotary cricket blazers.

Gordon suffered a debilitating stroke a week before Christmas and died 2 weeks later from a heart attack. He lived for 41 years in Aldgate in the Adelaide Hills, surrounded by his beloved garden and is survived by his wife, Julie, son Nicholas, daughter Emma and grandchildren, Anna and James.