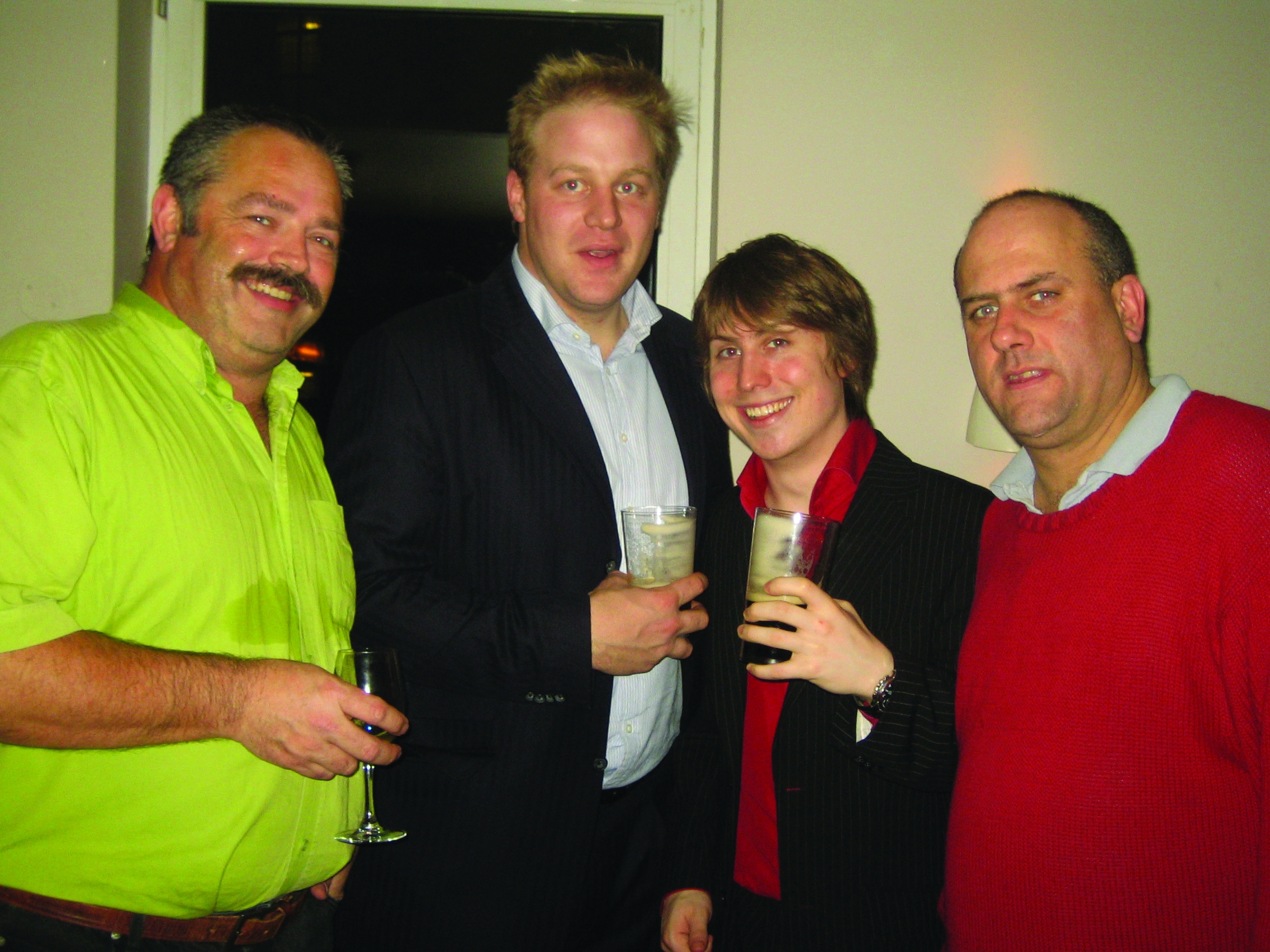 For the first London Drinks of 2008 we’d chosen a new venue in the City, Firefly Bar at The Old Bailey – a terrific venue where we were very well looked after. The Old Brightonians had an area of the bar cordoned off where a select group of 13 of us spent a very pleasant evening.

It was great to see Tim Loadsman (L. 1951-57) who had been able to pop in briefly. He’d been up to visit his daughter in hospital, and the Association wishes her a speedy recovery.

These evenings inevitably produce a selection of stalwarts (amongst whom I readily include myself), and tonight was no exception (It’s always good to see Simon Lanyon (C. 1951-56) at these events; he always seems to have a smile on his face), but we were pleased to welcome a couple of new faces: Sarah Douglas (C. 1999-01) and Sara Hashash (C. 1999-01).

The evening was fairly well established by the time John Nehls (H. 1972-77) and John Polsue (B. 1965-69) showed up. Together with Barney James the conversation inevitably took a turn for the rugby… and tales of Rumney-esque derring-do abounded accordingly. It was terrific fun to chat to these 3, and we all resolved to reconvene at John Pope’s Retirement Match on 16th March.

My abiding impression of the evening is simply the wonderful sight of OBs of such varying vintages mixing so easily and with such good humour; a sight repeated time and time again at these events – I very much hope that those reading this might take the opportunity to join us next time, and enjoy the company of their fellow London OBs.