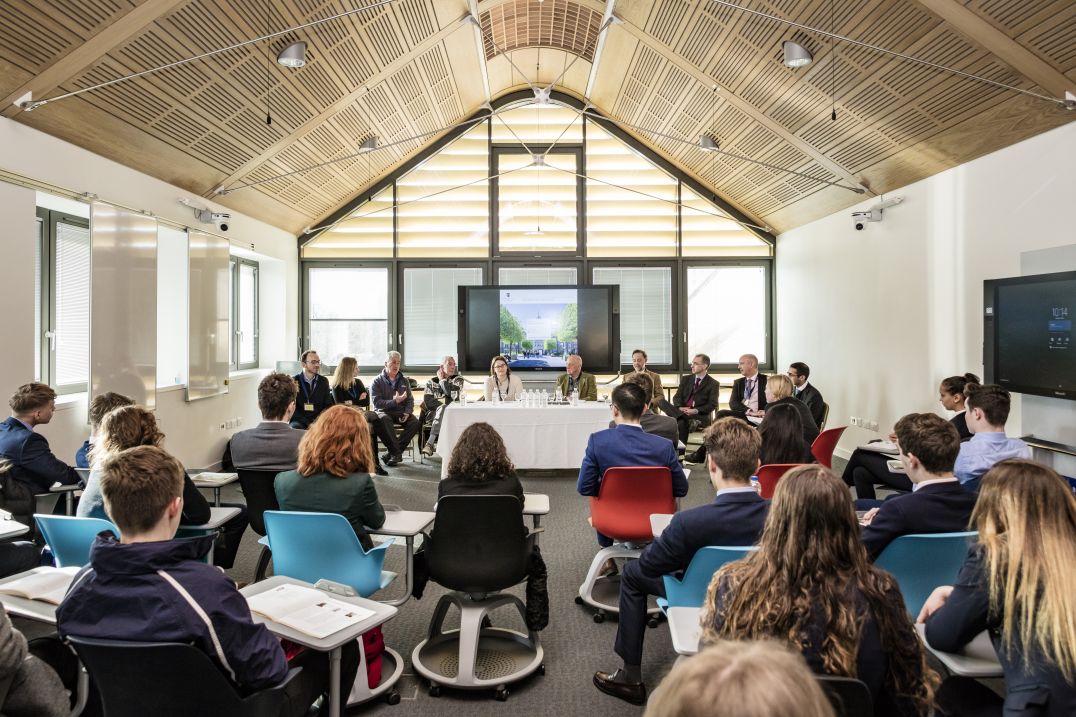 In recent years the College has run a series of particularly successful careers events for the Sixth form, where we have been extremely lucky to have a range of Old Brightonians return to their old school to speak to pupils about their careers, what they do and how they got to where they are now.

Thinking about a career can be a deeply challenging process for Sixth Form pupils, many will have experience only of the disciplinary bunkers of classroom teaching, and trying to envision what you will enjoy doing when you are 21 is hard enough, let alone 50 years down the line. But the decisions that pupils make in their last two years of school have a big influence on the path they eventually end of taking, and that is why we feel at the College that it is so important to give insights on a range of careers.

Our aim in developing the Professions Conference was to build on the success of the previous events, and to expand them to a much wider range of career pathways, reflecting the routes which our graduates tend to pursue. We pitched the idea to Old Brightonians in a range of professions, and we were absolutely blown away by the positive response. Despite taking place on a (very snowy!) Saturday morning in March, over 40 OBs returned to their old school to speak to our Sixth Formers about how they choose (or didn't choose!) their career paths.

A huge thank you to Ingram Losner (BCJS/Du. 1971-78) for flying in from California to be our key note speaker at this inaugural event, and to all OBs who came from far and wide to be with us.

If you are interested in volunteering with us, becoming a mentor or providing work experience, please get in touch with us at This email address is being protected from spambots. You need JavaScript enabled to view it.. We would love to hear from you!

Photographs from the event can be found at www.brightoncollegeconnect.com.

Thank you to all of our speakers for attending!