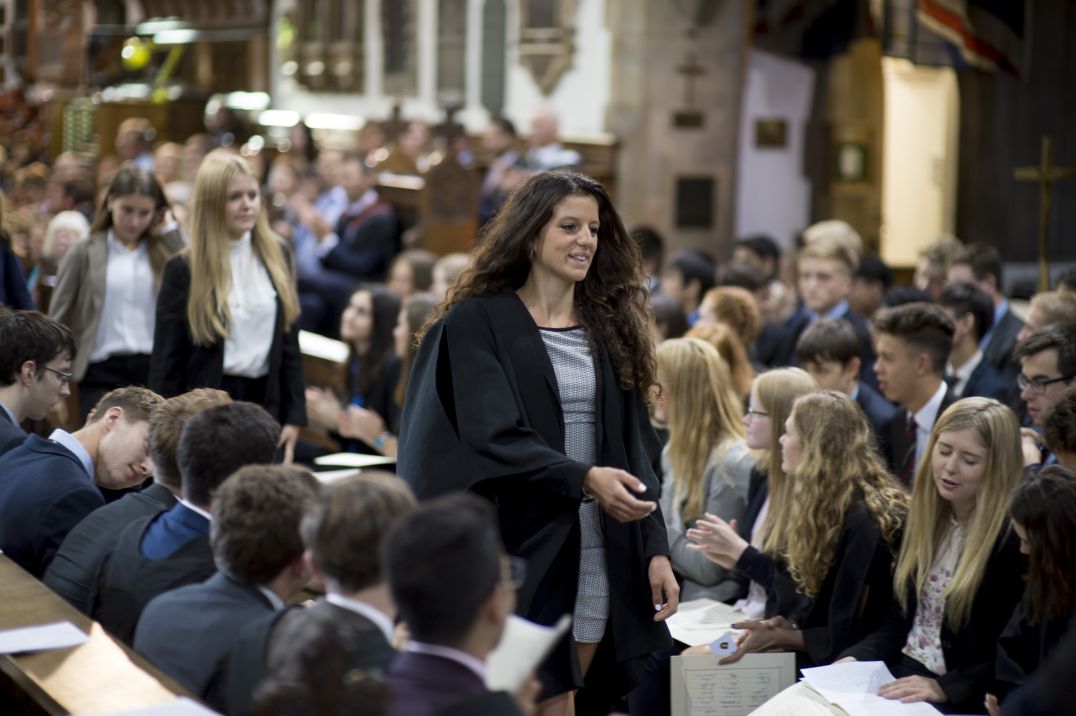 This week, we are celebrating Respect Week at the College, which gives the pupils and staff the chance to discuss issues of inequality and prejudice within a variety of different forums.

Allegations against Hollywood stars and Westminster scandals in recent weeks have dominated social media, featured prominently on the TV and have been splashed across every tabloid newspaper. This has certainly brought home the fragility of the idea of equality and highlighted why Respect Week is such an important event within the College’s curriculum.

The Art History society discussed sexism and racism within the contemporary art world, concentrating on the work of the Guerrilla Girls in the late twentieth Century, whilst the Economics Society looked at the gender pay gap. Junior pupils have been able to get involved through debating, looking at topical issues such as migration, and contesting the motion ‘This House believes there should be an equal number of men and women in parliament’. Respect Week gives the pupils the chance to engage with these really important themes, so that as both a school community and part of the wider global community, we don’t take equality for granted.

This year’s Speech Day saw the introduction of the Respect Award, supported by David Gold (Sc. 1986-91), awarded to Tamsin Ayris (Se. 2012-17) who was nominated by her Housemistress for encouraging tolerance, respect and mutual understanding amongst the College community.

‘I am delighted that the College formally recognises respect in just the same way that academic, sport, music and so many other aspects of school life are celebrated. The values that I hold dear to me were instilled in me by my family and by the exceptional teachers at the College, and I learned the most valuable lesson in life is a simple one. Namely that if one shows respect to others, it tends to be returned in equal measure.

I'm proud that the school that shaped me continues to value the importance of each and every individual, no matter their background, creed, the colour of their skin, their gender or sexuality, and that the young people who study there still make time to celebrate the differences that make each of us unique.

So I'm proud and honoured that this prize has been established and I truly believe that the world needs more Brightonians to make it a better and kinder place.’