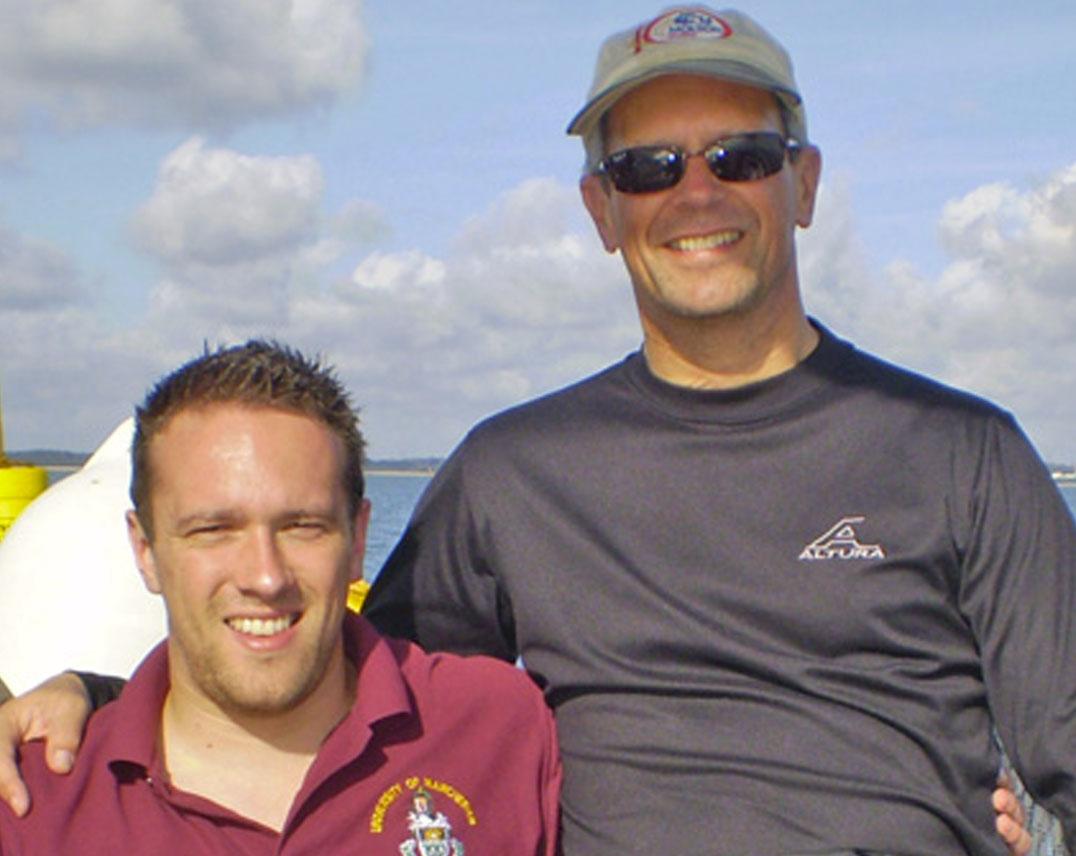 The Association was greatly saddened to hear that both Alan and his son Gareth died as a result of a tragic motorcycle accident on 1st June 2008. Sadly after a week in Leicester Royal Infirmary, his son Gareth, aged 25 also died from injuries caused in the accident. Alan leaves a wife, Chris and daughter Hannah.

Alan joined Brighton College in 1967 from Brighton College Junior School. He was in Aldrich House where he excelled as a sportsman, both in rugby and athletics, where he, along with a handful of other boys, attended meetings with other local schools. Here he showed his ability as a sprinter, which was also evident in his rugby as a winger for the 1st IV. Alan was enthusiastic in all he attempted both academically as a scientist, in sports and socially, being fully involved as a prefect in the running of the house. He was also involved in the CCF motorized transport section where he showed an interest in cars and developed skills in mechanics which were honed when doing up and selling on cars in his spare time.

After leaving Brighton College he worked for Barclays Bank for six years. July 1978 joined American bank Beneficial Finance, working at first as an assistant manager in Brighton. At the end of 1979 he was promoted to Manager and moved to Leeds to open a brand new branch of Beneficial. After three years he left Beneficial to move into the leasing business. After gaining experience with three different leasing companies, in 1987 he set up his own company, Gilt Finance & Leasing Ltd.

Whilst continuing with the leasing business, he also went into the nursing home market. With three other partners they opened there first home in Jan 1989. Alan went on to successfully run Yorkshire Care Group Ltd, building up a group of seven homes in North and South Yorkshire. After selling the South Yorkshire Homes in 1999 and the remaining homes in 2003, Alan returned his attention to leasing. In 2003, together with his partner in Gilt Finance, he was instrumental in setting up another company, based in Guernsey, which specializes in leasing dental equipment.

Married for 27 years he had two children, Gareth (25) and Hannah (23). He will be sadly missed by his family, friends and work colleagues whose lives he lit up by his drive, initiative and love of life.