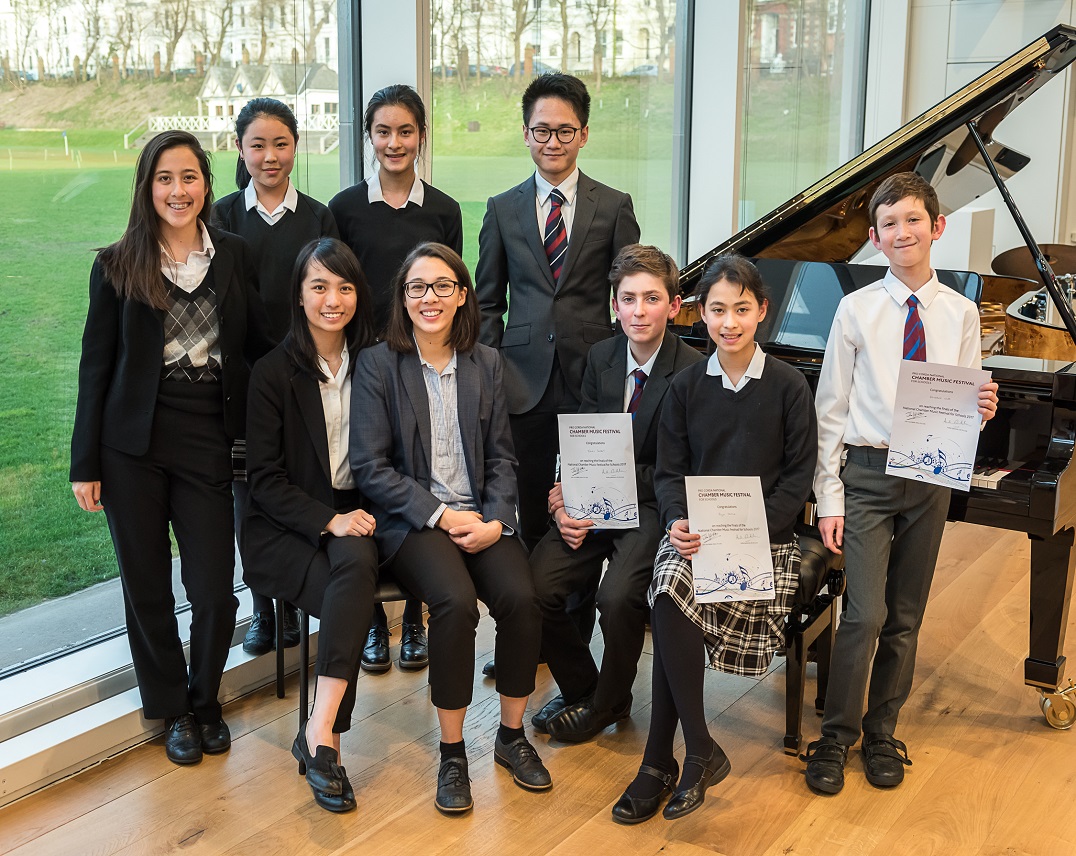 Brighton College was handed the highest honour at a prestigious music compteition, for 'outstanding contribution to chamber music playing'.

The College hosted the UK's best school-age musicians as they competed in the final of the Pro Corda National Chamber Music Festival, held in the College's state-of-the-art Sarah Abraham Recital Hall. One cello quartet, featuring Pippa Box (Lower Fifth, Seldon), Berniya Hamie (Lower Fifth, Williams), Riya Hamie (Lower Third) and Jade Harvey (Lower Sixth, Fenwick), won the coveted title of 'chamber champion'. This is the second consecutive year the group has claimed the title, an extremely rare accomplishment. BBC Proms presenter Katie Derham adjudicated the competition, and commented that the children were 'luck to perform in such a space. I'm fortunate enough to listen to the finest musicians in my work with Radio 3 and the Proms, in some of the greatest venues, and I don't think this space can be beaten.'