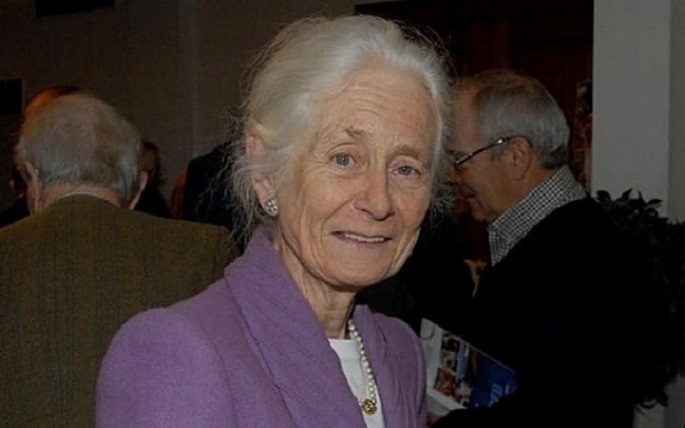 Phyllida Stewart-Roberts, friend of the Old Brightonians and great supporter of Brighton College, has sadly passed away aged 82

We are deeply saddened to hear of the passing of Phyllida Stewart-Roberts on August 12th, 2016. Phyllida was a great supporter of the College and friend of the Old Brightonians, and devoted most of her life to voluntary public service, notably as an ambassador for St John Ambulance and as a popular Lord Lieutenant of East Sussex.

A service will be held on Thursday 27th October, 2016 at St. John’s Priory in Clerkenwell at 2:30 PM. Please do let the Priory know if you will be attending by emailing This email address is being protected from spambots. You need JavaScript enabled to view it..

We send out our condolences to her husband, Andrew and her children.

Phyllida Stewart-Roberts, who has died aged 82, devoted most of her life to voluntary public service, notably as an ambassador for St John Ambulance and as a popular Lord Lieutenant of East Sussex.

The daughter of the writer and intrepid traveller Veronica Bamfield, and of Lt Col W H “Tich” Bamfield of the Royal Welch Fusiliers, Phyllida Katharine Bamfield was born at Bromley, Kent, on August 19 1933. Tich Bamfield was ADC to Phyllida’s step-grandfather, General Sir Tom Cubitt, and Phyllida’s mother Veronica was a friend of Freya Stark, who remembered her in her book Beyond Euphrates (1952) as “a tall and lovely Juno with something of the goddess in her walk”.

During the Second World War Bamfield was on active service in India and Phyllida was brought up there, and subsequently at Gresford near Wrexham. She was educated at Tormead School, Guildford, together with her twin sister Tessa; each was successively head girl. Phyllida then undertook a drama course at the Royal Academy of Music, and this led to her teaching at a Paddington primary school, initially facing a class of nearly 40 seven-year-olds.

In 1955 she married Andrew Stewart-Roberts, a banker. She accompanied him on numerous journeys to foreign parts, such as to Paris, where they spent three years, and to Jakarta. On her return to Britain she divided her time between London and Sussex.

Phyllida Stewart-Roberts had absorbed from her parents a concern to make life better for other people as much as she could. Her mother-in-law had been involved with St John Ambulance, and Phyllida herself became county president of the organisation in Sussex.

She rose to become superintendent-in-chief for the Commonwealth, in which capacity she visited Bermuda, Singapore, Malaysia and Hong Kong, and for 10 years she chaired the Joint Committee of St John and the British Red Cross. She appeared on the television chat show Wogan in full St John uniform.

As an Army daughter she was also a devoted trustee of the Defence Medical Welfare Service and the Florence Nightingale Foundation.

In Camberwell she sat on the magistrates’ bench, and formed a league of friends to take residents at the Love Walk Residential Care Home for the Disabled on outings. One of the residents remembered her “wonderful air of gentleness”.

Phyllida Stewart-Roberts became the first female member of the Sussex Club, an all-male dining club, since its rules dictated that the Lord Lieutenant “shall be a member”. She regularly attended dinners, unconcerned at being the only woman member there.

She was sustained by a strong Christian faith, preferring the High Church version of the Church of England. When a prominent Roman Catholic pointed out to her that Anglicans did not attend confession, she replied: “But I do.” She attended church in the village of Offham and was chairman of Chichester Cathedral Council. A neat, elegant woman, she took care over her appearance and as a young woman made her own dresses. She was also passionate about animals, particularly dogs.

She is survived by her husband, a son and a daughter.