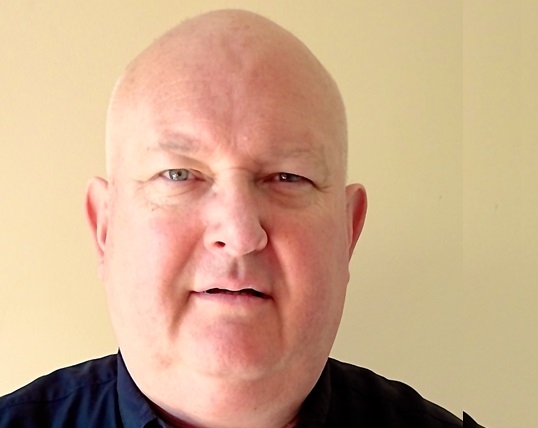 Simon Whatman (Br. 1974-79) was Head of School in his final year at Brighton College, since then he's gone on to have a very successful career in banking, lived in the middle-east for over a decade and fathered two more recent College graduates. We caught up with Simon at the recent reunion for leavers of the late 70's to reminisce...

Brighton College was a very different place when I was there! Rather then riding the crest of a wave like now, we were almost submerged in the mid seventies, maybe it was a reflection of the time but regardless of that I have no regrets.

I had a really great time at the College. Despite breaking my foot after two weeks in the 4th Form, sport became a major source of enjoyment throughout the five years. I enjoyed the collective wisdom of such BC legends as John Pope and Peter Withers, and will never forget afternoons with the dynamic duo of BC hockey- Perfect and Robinson!

Music was another huge interest back then. I have two major claims to fame, I was the first ever drummer in the School Band and secondly played in the band John Spence could only dream of playing in- Eric and The Eggshells, the Maltings house band! One co member of the band actually went on to become famous although he had to shorten his name and carry a fridge around Ireland to do so. Maybe we should get back together again as is the vogue and do one last gig at the College, or maybe not because I can't remember the names of the other two band members!

I had the honour of being appointed Head of School in 1979, that was a very useful experience in terms of life balance by which I mean leading by example but not getting caught doing things one should not be doing! A maxim to live by I guess. I am so pleased that contemporaries who were friends then remain so today 35 years later, it doesn't matter if it has been six weeks, six months or six years since we last met because within two minutes it is 1979 again, that is something special and unique.

I had been offered two positions before sitting A Levels and in all honesty I just fell into a Banking career, firstly as a currency trader, then on a Treasury sales desk where I got my first real exposure to the Middle East, although there are those who may suggest I first got that in Fred Hankins' Business Studies class! Unusually I moved from the Trading room into Corporate Banking with a continuing focus on the Gulf Region until finally in my mid thirties I was on the Operating Committee of Saudi International Bank in London, a subsidiary of JPMorgan in those days. I then decided that I needed to get commercial exposure so I moved to Kuwait for a total of thirteen years, initially as Group Treasurer for the largest private family group there and then returned to Banking in Deputy CEO/CEO positions in local and international banks. I am now resident in the UK involved in the start up of two new businesses but will continue to travel to the Region regularly.

I guess like many leavers from that time there was a period of almost twenty years when both association and contact with the College faded but when Iraq was about to be invaded for a second time I sent my family home. My son Michael, followed by my daughter Grace a few years later, were both educated at the College and I became a frequent visitor from 2003-2011.

Although I remain scarred by the capricious closure of Bristol House (I believe "New House' needs a permanent name, I can't think what that should be!?) I would strongly recommend that any OB, who hasn't done so in the last fifteen years, should visit the College and witness the change, which could not be more profound or compelling. It is now an association of which I am deeply proud.