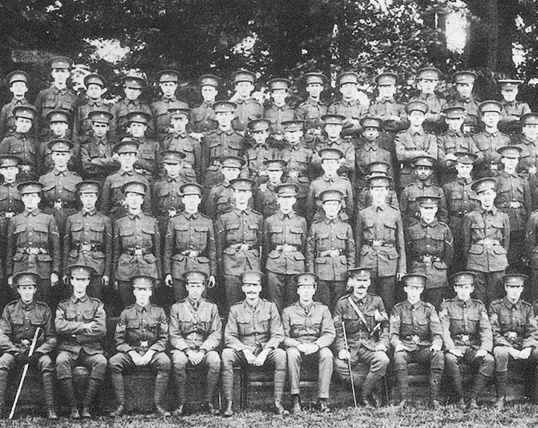 Old Brightonians, including previous members of the Common Room and other ex-Brighton College staff, pupils, masters and parents came together for a moving Remembrance Service on Sunday 9th November. Houses in attendance were Aldrich, Durnford, Hampden, and Seldon. Wreaths were laid at the altar and at the 1914-18 and 1939-45 War Memorials by School Prefects and Head Master Richard Cairns, and CCF colours laid by representatives of the three armed services.

This year, appropriately was a service dedicated to those lost in the Great War. For each name that was read out by the Head Master, a current pupil stood, which was a moving sight to behold, especially as portraits of all the OBs who died during the course of the war were displayed in the windows of the chapel. Young and full of life as those past pupils of the College once were they stood in silence as name after name was read, until 146 pupils stood and the Last Post was played. This was followed by two minutes silence.

Every member of the 4th Form is currently researching an Old Brightonian who died in the First World War, and a new area of this website is now available to all OBs. It will be updated with additional research as the project continues.