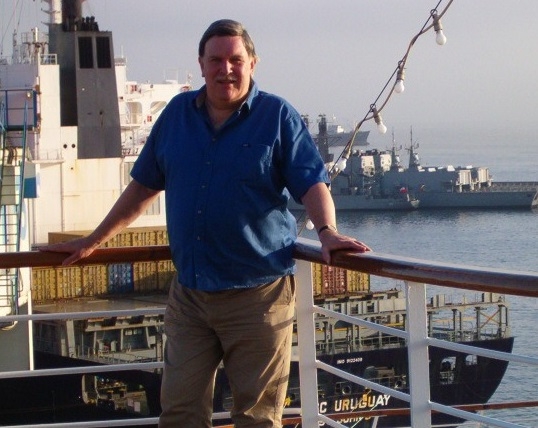 Philip Mitchell BA LLB (Ha. 1960-65) is a former City lawyer specialising in corporate law and is a long-time supporter of the College. He was a school prefect in 1964, graduated from University College London and was called to the Bar by Lincolns Inn in 1970. After eight years in practice as a barrister he was headhunted by Linklaters & Paines and requalified as a solicitor to expand their investment funds department.

Successively with a number of City firms he worked on major transactions for household name companies and wrote or edited four of the leading subject textbooks, including two on directors' duties and insider trading where he also advised the Government on the relevant provisions of the Companies Act 1980. More recently he was a senior partner with a niche firm advising banks and insurance companies on regulatory matters, and the Russian Government on privatisation of their shipping industry. He has also been chairman of a local authority in Surrey. Now a consultant and based in Herefordshire, in addition to being involved with several College projects he helps run The English Music Festival and we caught up with him there.

When you were at Brighton College, what did you want to be when you "grew-up"?

Strangely, never an engine driver or an astronaut! Always a lawyer, or perhaps my parents wanted me to be one, although there were no family legal connections. I've always been at home with the precise distinctions that law is made up of, and the knack of being a wordsmith. I didn't have the maths to be an accountant like my father, and being the only pupil ever to fail "O" level divinity at College, was probably not cut out for the church either. (Although perhaps Father Robert would say I've shown suitable penitence recently by helping to pay for the new hymn books in Chapel).

What are you now you've grown up?
Well, I was at the Chancery Bar for eight years and then a City solicitor doing corporate law for another thirty. I've also been a law lecturer and text-book author, so have boxed round the subject quite a bit! The law remains a great profession and it is pleasing to see more young women than men joining its ranks.

What is your best memory of school?
Memory plays tricks, doesn't it, and one has to be careful of the roseate glow that overpowers less happy experiences. I valued hugely the friendships, loyalties and sense of belonging that the College engendered – and still does - but they are not really specific memories. One remembers small things like the cold baked-bean rolls to be had from the Tuck Shop, and oddities like being allowed to put one's hands in one's jacket pockets to keep warm, but not in one's trouser pockets – school drill would result! The best individual memory is of the visit of Field Marshal Montgomery, arriving in full uniform in an aged Rolls-Royce, who proceeded to inspect the masters lined up in the Front Quad, as if they were squaddies, before addressing "you guys in the gallery" in the Great Hall in his clipped, lisping, high-pitched voice. He talked of leadership by example and making a difference in life, which I suppose still applies.

What was the best piece of advice you were given?
I don't recall any specific advice, other than from my "shepherd" in the very first term in preparing for the dreaded New Boys Test administered by the house prefects in Hampden. This was how to deal with the fast-ball question, "Who planted the trees on the east side of the Back Quad?" The question would seem bizarre today as there is no Back Quad, because of the clutter of buildings, but there was then. The answer was that there were no trees, so no-one could have planted them. The advice was not to become flustered, to stick to one's guns, and to think laterally. Not bad from a fellow 13 year-old. His name was Graham Pollard.
The implicit advice, though, was to conform to the institutional rules while finding a way of striking an individual pose. As other O.B.s have remarked, the College was very different from today, rather military and hierarchical, with powers almost of life and death vested in the prefects. It was as well to keep your nose clean in this environment, although actually (and not just in retrospect) I enjoyed the discipline, the shared experiences, and the clear guidelines to conduct that one got. Later on one found ways to rebel gently: mine was to wear, as a prefect, the then-fashionable crew neck sweater under a jacket, greatly daring. No-one dared to ask whether there was a tie underneath.

What have you done that you are most proud of?

Ah, if you're asking me whether there's some crowning moment which I'd like to share, there isn't. Life's a journey and perhaps one shouldn't be too proud of oneself until one's got to the end of it. At that point it probably doesn't matter anyway. I'm pleased and relieved to have got most of the jobs I've applied for, to have got a first class degree when studying part time, to have stayed married for nearly forty years, to have brought off some major corporate deals which earned the gratitude of clients and the respect of colleagues. I'm proud of what we're doing at the English Music Festival, which has grown from nothing to a national event in seven years. But these are trifles, eclipsed by the deeds of O.B.s much more distinguished than I, such as Ian White my immediate predecessor on this column. I'm also modestly proud of the enduring friendships I've made, including those at the College past and present.

What is the single thing that would most improve the quality of your life?
Banning endless TV commercials

What are the three objects you would take with you to a desert island?
I like peace and quiet, but don't fancy the utter solitude of an island. Oh, and by the way, does "desert" mean deserted or full of sand? I think I'd want the means to escape, so a two-way radio, a boat (preferably a comfortable cruise ship) and something to read while I'm waiting. I'm doing an MA in military history at Birmingham at the moment, so some text books would be good.

How would you like to be remembered?
Gosh, I wonder how J.F.K would have answered that – for his life or the manner of his death? Simply as a decent bloke, who preferred kindness to insult, and tried his best. Again not very distinctive. At College, I'd like to be remembered for the projects I've supported, particularly, now, the statue being planned to commemorate the one hundred and forty six Brightonians who died in WW1. They're the ones who deserve remembrance.