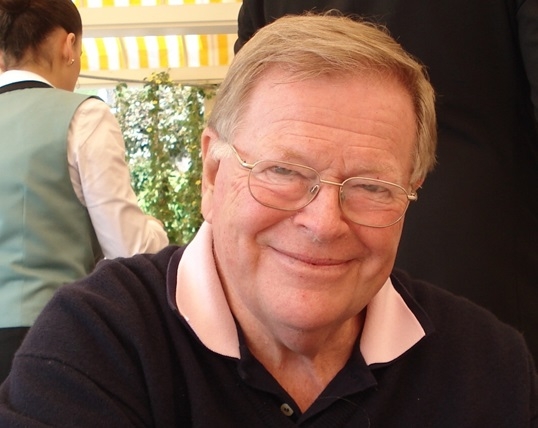 Ian White FRICS is the Executive Chairman of Brighton College International Schools. He qualified as a Chartered Surveyor from the College of Estate Management, University of London, and spent his career with Richard Ellis and Son. By the time he retired, CBRE was a worldwide business of 225 offices with over 21,000 staff. Ian was elected to the Livery in 1984 and was Master of the Innholders' Company in 2011-12. He was Head of School and Head of House when he left as a pupil in 1962, we managed to catch Ian in the midst of his busy schedule...

1. When you were at Brighton College, what did you want to be when you grew up?

A doctor. In fact I reached the interview stage at Guy's Hospital Medical School in the summer before what would have been my final year at Brighton. However, the place I was offered was conditional upon my re-sitting my Physics First MB regardless of the actual results I achieved. After a great deal of discussion my father and the Headmaster persuaded me that I would struggle to cope with this and the usual second MB course at the same time, so I abruptly changed to an arts course. Looking back on my life I have done plenty of stupid things, but it is the only decision about my career which I have ever really regretted. I should have persevered. Blessed with the gift of hindsight, I am convinced that I could have succeeded. Far more importantly, at least I should have tried.

2. What are you now you've grown up?
I am the Executive Chairman of Brighton College International Schools.

3. What is your best memory of School?
I was fortunate to have been Head of School in 1962.Apart from the honour and sheer enjoyment of the role,it just happened to be the year when HM the Queen and HRH Prince Philip visited the College. I escorted them round with the Headmaster for about an hour and a half I think. Thus far it has been the only time we have had the reigning monarch visit the School. They were utterly delightful and very easy to talk to. I remember having to describe to them that I had to take my A level English examination at 7am in the morning and then be quarantined until the rest of the pupils had gone into the Examination hall. Time and chance sometimes play strange tricks. As Master of my City Livery Company in 2012, I was equally privileged to have attended the Jubilee Lunch at Westminster Hall when virtually all of the senior members of the Royal family were present.Coincidentally,It was exactly 50 years bar one month since that Royal visit to the College,so that was nice.

4. What is the best piece of advice you were given?
Actually it was something I read much later, but I wished that I had known it earlier, particularly when I was deciding whether to pursue a medical career. It was "Most things are possible.You just have to believe that they are.''

5. What did you do as a career?
I qualified as a Chartered Surveyor at The College of Estate Management, London University and entered private practice. I became a Partner at a major City of London firm then called Richard Ellis and Son. I rose to be the Valuation Partner responsible for the south east of the UK, but then began helping to build the international side of the firm, ending up as a member of the worldwide board of what was known by that time as CBRE. When I joined the firm in the mid 1960's it was a very old company founded in 1773, but still only 220 strong with two offices in London. By the time I retired in 2000 it was over 20,000 strong with 225 offices around the world. An amazing transformation.

6. What does your job involve?
I am responsible to the Governing body for opening and running the College's International Schools around the world. With the guidance and help of an excellent team in Brighton we devise and agree the strategy, and then organise the implementation both to open each new school, but also then ensuring that each school performs properly and in accordance with budgets and business plans. To date we have two Schools up and running, both of which are in Abu Dhabi. One has over 1400 girls and boys after three years of operations and the other 420 after a year. Both Schools when full will have around 1400 pupils. We are working on a number of other opportunities both in the middle and far east. If we are successful we should be able to secure the financial future of the College for ever, but it is a big 'if' and a huge task. It is very hard work, but immensely rewarding.

7. What are the most challenging parts of your job?
It is difficult to know how to answer this one. All I can say is that if we started with the bright idea of opening another School in the UK, you would first have to raise the finance (between £30/£50m) to build and operate a school. Then look for a site of a size and location which was viable, help the architects to design and build it, find a top quality head to lead it, help recruit the staff and then open it with pupils from day one. I defy anyone not to find even that task a challenge! But that would be relatively easy. To do what we do, add one or two extra tasty ingredients, such as doing all this in a different country and adapting to local cultural differences, you are probably beginning to realise by now what I mean. When all this is done, I am going to write a book about it. The snag is it will be so improbable that it will probably be listed under fiction! Suffice to say that sleepless nights seem to be my lot at the moment.

8. What have you done that you are most proud of?
That is another difficult question. In College terms, having been a Governor of the College for 34 years and Vice Chairman for 8 years, which gave me the good fortune to have been able to watch it grow at such close quarters to the wonderful place that it is today. I started at the end of the Callaghan government and watched the rise of Margaret Thatcher. Almost half my life,it hardly seems possible. In career terms, initiating the merger of Richard Ellis' international business and CB commercial to form CBRE, the largest real estate consultancy in the world. In family terms, having helped raise three wonderful children (all of whom went to the College) who are now each such worthwhile individuals.They are our best friends and have produced six lovely grandchildren, all of whom we adore. Lastly having somehow managed to persuade my wife, Julie, to endure me for over 45 years. As much of a surprise to her as it is to me! In sporting terms, scoring three consecutive hundreds for the Sussex Young Amateurs in the summer of 1962, the last of which was at the Oval against Surrey.

9. What is the single thing that would most improve the quality of your life?
A one hour flight time to Australia which would enable us to see our families in Adelaide and Perth more frequently. It wont come in my lifetime, but it will come, as sure as night follows day.

10. What are the three objects you would take with you to a desert island?
Pen and paper and a complete set of someone's published diaries.The first two because I have always promised my children and grandchildren that one day I would commit to paper the stories I used to make up and tell them about the wonderful adventures of a character of my imagination called Captain Bailey.The third because I am an inveterate diary reader.Alan Clark.Woodrow Wyatt,Tony Benn and Michael Palin are fascinating examples and would always reward rereading.Of course,I might also cajole myself into writing my own daily diary with the pen and paper!

11. How would you like to be remembered?
Well first of all, I guess it would be a definite plus to be remembered by anyone at all! After that, I am forever telling our international investors that the Brighton College of today strives to instil in all its pupils to be kind and caring and fun to be with. That would be a nice epitaph for any of us to have.