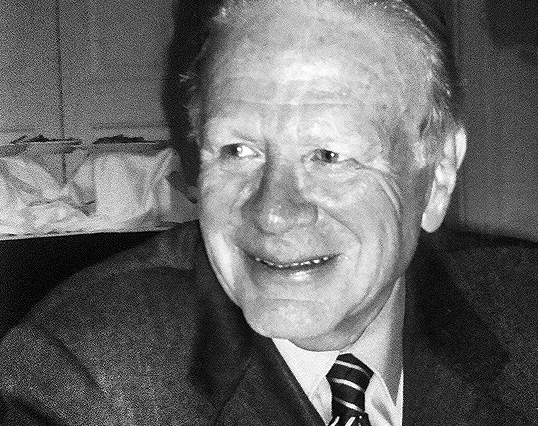 Head of School in 1954, David Nelson-Smith graduated from Brighton College almost sixty years ago but his connection with the College has continued right up to today. Always a keen supporter of the College as well as being in the role of Governor for sixteen years, David is now organising a sixty year reunion for the leavers of 1955 to celebrate this momentous anniversary. We caught up with him to see just what has transpired in those intervening years.

1. When you were at Brighton College, what did you want to be when you 'grew-up'?

I had no idea. I had a very sheltered, over-protected youth, and there was no T.V. in our house and certainly no social media. The limit of my ambition was to survive National Service and to get to University. I chose Cambridge because I preferred their light blue colours.

3. What is your best memory of school?

My best memory is of playing eight matches for the first eleven at the age of 15. The downside is I ended as captain of the second eleven in my last year.

4. What was the best piece of advice you were given

I don't remember any one specific piece of advice. There was a much greater sense of discipline, of conformity than now. It was just expected that one did one's best and obeyed the rules.

When I introduced myself to a retired men's club I said I am a dinosaur: one wife, two children and five grandchildren and one employer. I worked for Cargill Inc. for 36 years. For the first 15 years I traded grain around the world. Most of that time I lived in Geneva, where I met my wife. Then I was transferred back to the UK, where I did various management jobs. I ended my career on a high as being in charge of "Public Affairs" for Europe.

6. What does your job involve?

Public Affairs was primarily a political job. 70% of Cargill's European profits were affected by the Common Agricultural Policy and by what is now called the World Trade Organisation. My job was to advise the different business units of Cargill what was likely to happen which could affect their businesses, and to lobby for changes. Interestingly enough a lot of what we lobbied for has come about. I was also President of two Trade Associations, in London and in Brussels, and was Chairman of a poultry producer, and Director of a number of other Cargill subsidiaries.

7. What are the most challenging parts of your job?

The most challenging parts of the Public Affairs job was establishing a reputation such that our opinions and knowledge would be respected and called for. At a critical time in US/EU negotiations over soyabeans I was phoned by the EU negotiating team and on the same day my US manager was consulted by the US team. I know because I was visiting the US manager at the time!

8. What have you done that you are most proud of

Richard Cairns made a speech to the Fellows and the Governors early in his headship in which he said that the College scholarship scheme was under threat and what a pity it was. That night I managed to get pledges from individual Governors for £60,000 and the scheme remained in place.

9. What is the single thing that would most improve the quality of your life?

10. What are the three objects you would take with you to a desert island?

Suncream, paper and pens and an Italian dictionary. I would then try to keep my brain alive by translating the Bible or Shakespeare into Italian, which I am currently learning.

As a person of integrity, who did his best and had a sense of humour.