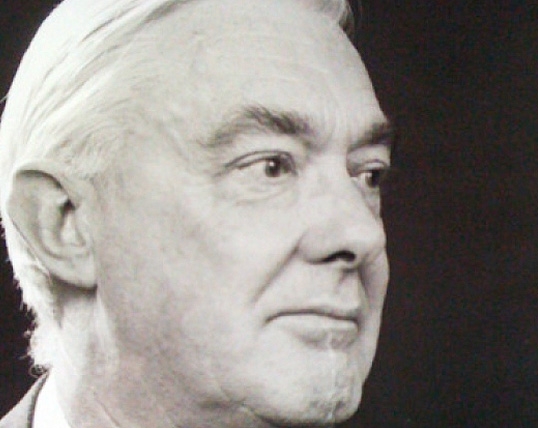 The Old Brightonians are sad to announce the death of Professor Bob McMinn (H. 1937-41). A great friend to the College, Bob delighted in the fact that when it was introduced the girls college uniform used Black Menzies, his own clan tartan. Bob was a great supporter of College projects, most recently making a gift to the Diamond Jubilee Pavilion.

Professor Robert McMinn was a distinguished human anatomist whose reputation was acknowledged worldwide for his perceptive and exhaustive research. His name will be forever associated with the medical atlases, first published in 1977 and which became international best sellers, which bear his name. His Colour Atlas of Human Anatomy, co-written with Bari Logan and with superb photographs by Ralph Hutchings, have been read by students and referred to by doctors over many years. McMinn was the first to show life-size colour photographs of the dissections of real bodies and his authoritative explanations were considered exemplary by the medical profession. The book is now in its sixth edition and has been translated into more than 30 languages.

Earlier this year McMinn fell and fractured his femur and was hospitalised in Argyllshire. He was much amused, and reassured, to find a doctor consulting one of his Colour Atlases at the foot of his hospital bed.

Robert Matthew Hay McMinn, always known as Bob, was born in Auchinleck, moving to England as a boy when his father became a GP in Brighton. He gained a scholarship to Brighton College and then returned to Scotland to read medicine at Glasgow University. He qualified in 1947, having distinguished himself at the university by representing it in athletics and hockey. In 1944, McMinn was the Scottish Universities champion for the 400-yard hurdles.

McMinn completed his training as a house doctor in Glasgow, did his national service as a medical officer with the RAF, and then went to Sheffield University as a demonstrator in anatomy. In 1953, he was appointed lecturer and three years later was awarded his PhD in Glasgow with a commendation. In 1960 he was appointed Professor of Anatomy at King’s College in London and ten years later became Professor of Human and Comparative Anatomy.

McMinn was recognised as a major authority in the field of anatomy and this was much enhanced by the advanced research he continued to carry out. His principal area was wound healing and tissue repair, and the links between skin disease and the alimentary tract. He published widely many of his findings in learned medical magazines and The Digestive System, published in 1974, was a work of major innovative analysis.

But it was his hugely informative Colour Atlases – with the invaluable life-size drawings – that brought McMinn a very special prominence: not only for their medical knowledge but also for the detailed photographs and diagrams.

He wrote other books including atlases of the head and neck, and foot and ankle anatomy, all with his name in the title. But the book on anatomy is considered unsurpassed.

“It is rated among the most widely adopted anatomy texts in the world,” one medical journal wrote. “This atlas is the only one to fully cover surface anatomy, osteology, clinical/anatomical relationships, and neuroanatomy, as well as general gross anatomy.”

For the professional, McMinn ensured the text described the key anatomical features, with revision notes on all major dissections.

McMinn was a highly valued colleague and a much admired lecturer – he had the habit of destroying every lecture after he had delivered it so that when he returned to the subject he approached it afresh. His enthusiasm and scholarship in anatomy brought him an international renown and he was in much demand to lecture abroad.

For many years he was an examiner for trainee surgeons sitting the Primary FRCS examination, both in the UK and countries worldwide. McMinn was treasurer of the Anatomical Society of Great Britain and a founder member of the British Association of Clinical Anatomists. In 1995, he and his wife retired to Scotland and became very much part of the community of the village of Ardfern– on the west coast near Oban.

They much enjoyed life in the picturesque village on the shores of Loch Craignish and McMinn pursued such interests as photography and archaeology. One of his principal loves was acting as organist in Craignish Parish Kirk: he modestly listed in reference books that he was “deputy organist”.

The Reverend Kenneth Ross, minister of Craignish, remembered his parishioner and friend warmly.

“Bob was a much-loved member of the Ardfern community and participated enthusiastically in village events right up until his last illness. Every Sunday saw him at worship in the kirk where he became deputy organist”. He added that few who knew him as an organist would have known the extent of his eminence in the field of anatomy.

In 1948, he married Margaret Kirkwood when they were both medical students in Glasgow. Six years ago she suffered a stroke and spent the rest of her life in residential care. He is survived by his son and daughter.

Many thanks to The Scotsman for kind permission to reproduce this obituary.