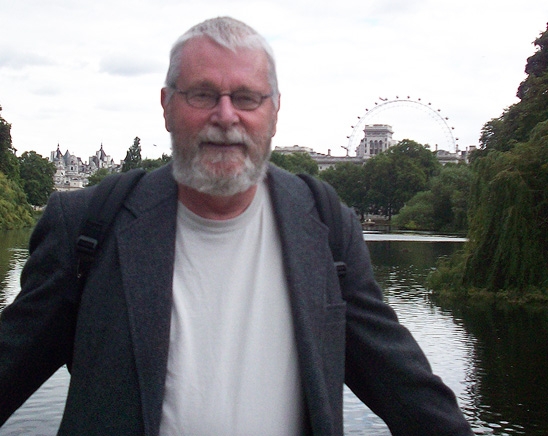 Michael was born in England as Michael Smith. He studied theology at King’s College, The University of London. In 1964 Michael moved to the US where he was ordained an Episcopal priest and worked for civil rights. He served at Christ Church, Alameda and Holy Innocents in San Francisco. He dropped out and did construction work, was a street artist in SF and worked at Coming Home Hospice during the AIDS epidemic while married to his first wife, Nina. His work with AIDS patients inspired him to become a nurse at St. Mary’s Medical Center, where he has worked for the last 20 years. In 2000 Michael and Audrey married at Trinity Episcopal Church where he performed the 8 am service and weddings for several years.

A memorial service is being held on Sunday, December 4 at 3 pm in the AIDS Memorial Grove in Golden Gate Park in honor of Michael’s years of work as a volunteer and nurse of AIDS patients. In lieu of flowers, the family suggests donations to the Pulmonary Fibrosis Foundation or the charity of your choice: http://www.pulmonaryfibrosis.org/donate