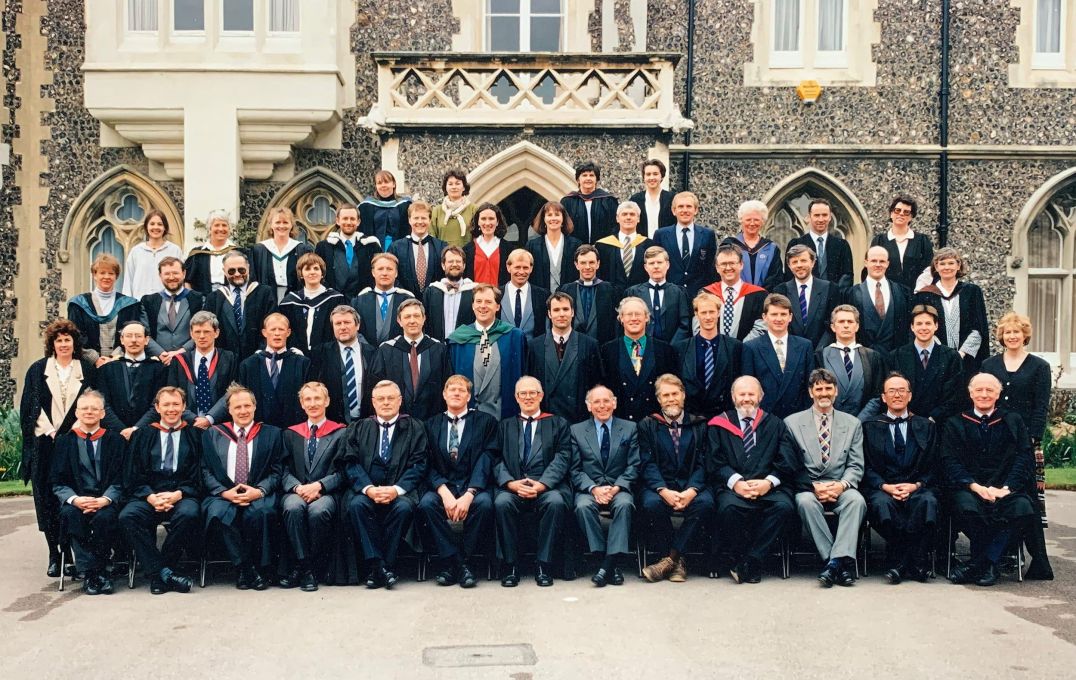 Throughout his 30 years at the college, Nick was the embodiment of the visual arts within it. Endlessly creative and forever enterprising, his hand was evident in so many College publications, notably the Brightonian, paintings and posters. To begin with he was confined to the modest premises of two classrooms at the end of a corridor in the Dawson Building. He was later to move to what had been in the school tuckshop and the swimming pool attendant’s flat above it, with more space for classes and individuals to work. This was long before Art came to enjoy its present airy accommodation at the top the Woolton Building.

Of course the Art School could not really confine him. At least twice a year he dedicated himself to designing, building and painting sets for plays and musicals in the Great Hall. They were often masterpieces of inventive design and visual trickery on that awkward split-level stage. His loyal helpers learnt much from him about the art of stage design, if not the importance of getting a job finished on time: on one legendary occasion, whilst the first half of a double bill was being performed on the lower stage, the set for the second half was was still being painted behind it. At the other end of the Hall, the Burstow Gallery, opened in 1979, was an important focus for his talent for mounting exhibitions. What had been a cold and featureless foyer to the hall became a white box with endless possibilities. It opened with a show of Ivon Hitchens’ work, and there followed exhibitions of other big 20th century names, amongst them John Worsley (OB), John Skelton’s sculpture and, famously, Picasso and the Theatre. It was Bill Blackshaw’s ambition to create a gallery that the art world would take notice of, particularly through the medium of Gavin Henderson’s burgeoning Brighton Festival, and with Nick’s assistance and energy that became a reality.

Like all good schoolmasters, Nick lived the life of the school. He was engagingly clubbable and entered into Common Room life with ebullient enthusiasm: he was a founder member of its dining club and would turn out on summer evenings for the Haymakers XI. At dinners he attended with Jill he was unfailingly entertaining, cutting a dash with his white tuxedo and whatever sartorial embellishments that marked him out unmistakably as the Art Master. With his natural charm and wit he was an easy person to like and a rewarding one to share a joke with.

He stayed on for an extra term after officially leaving, in order to ‘tidy up’, as he put it. Quite apart from whatever detritus remained in the Art School after 30 years of his being such a life force within it, he left behind him a remarkable legacy of inspiring work and inspired pupils, for which the college is immensely grateful.