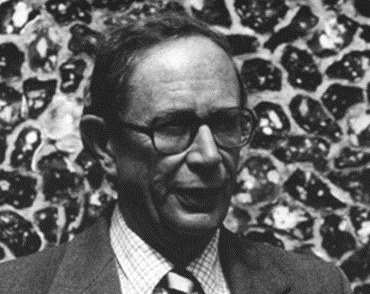 "In the classroom, his devotion to his subject and his eagerness to communicate its fascination to others, his humour and his genuine pleasure in the society of young people were the foundations of his success."

Peter joined the staff in 1958 and taught Ancient History and Latin at the College. He was the last House Master of Bristol House and a keen sportsman.

I was saddened to hear of the death of Peter Perfect. When we arrived at the College in 1971, he was House Master of Bristol and oversaw cricket.  In his memoirs, Bill describes Peter as being of a “mildly liberal disposition”, who would treat disciplinary problems more with a “wry smile” than with a big stick!

Bill considered Peter a very good judge of boys. He had a biting sense of humour, was a very talented games player and coach, and was a ‘natural’ as a singer, particularly in Gilbert and Sullivan or singing Rossini’s Two Cats with David Palmer. This latter was hilarious. He was a good teacher and when Bill asked for his opinion and advice, he always gave it with integrity and insight.

He and Norman Frith were a major part of the backbone of the school in our early years and I personally remember well his distinctive chortling laugh!

I first met Peter in 1961, when he was a resident house tutor in School House.

In 1962 I left for Copenhagen University and in the summer holiday of 1963, Peter initiated the first of a long series of holidays in the Mediterranean in pursuit of his profound interest in Classical history and Archaeology.  Peter and I, with David Smith, Jim Farmer and John Head, all Brighton College teachers at that time, set off for Greece in two vehicles, a feature of the trip which led to numerous adventures. When we set off from Dover, Peter and I and John Head went on deck only to find that David and Jim were on a different ferry waving at us, so when we arrived at Boulogne, the first thing we had to do was to drive up to Calais, where we found them giggling like anything, enjoying themselves in a bistro. We enjoyed a remarkable holiday all over Greece, mostly camping out and living rough, but on the return journey, we had another separation. We had crossed back from Italy and reached Taranto where we had a meal, after which we watched David and Jim sailing off to Naples with all our camping gear. Luckily, we were rescued by a local Italian student who took us home to his grandmother’s, where we were given beds and breakfast. The next morning, we drove across Italy to find David and Jim, again, enjoying themselves in a trattoria and laughing a great deal.

In my final year in Copenhagen, I was invited back to teach at Brighton by Henry Christie and Peter Point, and so rejoined the Common Room in 1964 for the first time, I was a Junior member of the English Department and was attached as a non-resident Tutor to Bristol House. Apart from continuing Mediterranean holidays, my association with Peter was only through his taking an O Level set for English. In those days, specialist English teachers were comparative rarities and all, especially Arts graduates, were expected to be able to teach English. Peter was most punctilious in this.

It was during that time that Peter had the first of his elegant Cavalier King Charles spaniels, appropriately named Sappho. Peter continued throughout this period to manage the First XI.

During his regular trips to France, Peter, usually a mechanical Luddite, developed his fascination for photography and became an ardent and gifted bird photographer. All who received Christmas cards from him will remember, and probably miss, his regular card with a fine bird, or sometimes animal, photograph which he had taken. He became extremely well-informed about all the intricacies of photography including developing his own photos in the early days. I sometimes had to be the porter of the several enormous telephoto lenses he took on our holidays.

One extremely memorable series of events which Peter organised while in Bristol, was trips to the Royal Opera House, where we got cheap seats, unsold in various awkward locations, such as the close-to-stage edge of the wing seats, and once, for Boris Godunov, in the front row of the stalls.

It has always seemed a little strange that he and I got on so well, as he was well to the right of the Tory party and I was near the centre, if not, off to the left, but we shared ornithological interests and I, as a non-driver, was very happy to be driven all over Europe. Our later holidays in Spain were particularly memorable. Sadly, our proposed trip to Wales to see the red kites just before the pandemic, never happened, though Peter spent much time on maps and hotel details to plan it as punctiliously as he had done everything else in his life.

I first visited Brighton College in December 1966 to be interviewed by Henry Christie for the post of temporary German teacher while Reg Henderson went into hospital for a heart operation. I was offered the post and took up my duties a couple of weeks later. After two terms living in a College property I moved into the College itself to be house tutor of Bristol under Dick Crossley-Holland. And that was when I first met Peter. As well as teaching languages I was asked by him if I would be prepared to run one of the cricket sides, the Cubs if my memory serves me correctly, which I did for several years.

In1970 Dick’s tenure of the housemastership of Bristol came to an end and Peter took over from him; so from that time onwards we worked very closely together. It must be said that it took a time for me to get to know him. I was state-educated, a grammar school boy, he was very old public school. And half a century ago these things mattered. He could at first seem rather aloof and with a great love of irony; but gradually, I think to the surprise of both of us, we began to see qualities in one another that we liked and a friendship developed. I realised, as I got to know him better, that he was at heart a shy man, a man of considerable strengths and skills but unaccountably lacking in self-esteem. Many years later, when he had established himself as a respected bird-photographer, if complimented on a particularly wonderful shot, he might go so far as to say, “Well, I suppose it’s not entirely unsatisfactory.” But no further than that.

And it was a shared love of nature photography, especially birds, that really drew us together. In 1972 I moved to The Hague, where I still live, so we were not able to see one another and work together on a regular basis. However, over the years, we developed in parallel as photographers, sharing knowledge, sharing experiences, writing a steady stream of letters, comparing our work, learning together. I visited Peter in England most years and he was a regular visitor to The Netherlands where he had the chance to meet several Dutch wildlife photographers. I also went to the cottage at Lauzerte (Mon Débris, as he typically called it) some 30 times, to begin with while Norman Frith was the owner but later after Peter had taken over. There the opportunities were profuse, and Peter and I spent much of our time getting to know the local fauna, not just the birds but the lizards and snakes, the so-called Edible Dormice, that lived in the roof, and increasingly the butterflies; and, when another old friend, Geoff Lees, was there with his moth-trap, Peter, perhaps even more than me, became expert at identifying and photographing these little understood but fascinating nocturnal lepidoptera.

From rather amateurish beginnings (at least for my part) Peter and I gradually mastered the demanding art of nature photography. Our first shots were published – what excitement! - then a few more, then our work was accepted by a couple of photo agencies; we held joint exhibitions at Brighton College (the Burstow Gallery), at St Edward’s School, Oxford and at venues here in The Netherlands. In the early 1970s I had travelled with Peter, plus Tim Pearce, Philip Robinson and often a couple of Sixth Formers, to Greece, to Turkey and to Sicily on what might vaguely be called cultural excursions. Increasingly Peter and I went on trips that were specifically about photography. Looking back through my old diaries I have counted over 20, some to the Balkans but mostly to Spain, other corners of France and to special favourites in the UK, like the Farne Islands and the Bass Rock. Peter also got to know many of the finest ‘birding’ sites in The Netherlands and he looked forward enormously to his visits here. However, as far as travelling was concerned 1986 was the highlight. We both managed to obtain sabbatical leave from our schools to go on a two month trip to the Outer Hebrides, a veritable paradise for breeding birds in the summer months. That was a quite remarkable experience. A small croft in the middle of nowhere with otters and seals as neighbours, fields ablaze with flowers (the famous machair) and the sight of waders whirling in the sky. I wonder how many thousands of photos we took between us.

In recent years, living in different countries and both of us with mobility problems, Peter and I had been reduced to contact by letter and the occasional phone call. Terribly sad. Some time ago, after I had bought myself a digital camera, I was telling him over the phone of the quite incredible feats of which the little box was capable, technical advances which twenty years ago would have been totally beyond our wildest dreams. Peter listened then said, “Well it all came too late, didn’t it?” He was right in a way but even using the photographic equipment available in our time he was still capable of producing some quite superb images. I hope that he realised how good he was. He would never have claimed to be.

50 years of friendship with Peter were founded on my first six years at the College, when I was Resident House Tutor for him in Bristol House. I knew nothing of how to cope with teenagers and Peter taught me a great deal about the need for patience, tolerance, firmness and good humour.

He also provided a warm and secure environment for me in which to start my career: I dined with him every night and could share the successes and failures of the day. Memorable also were the dinners when his parents came to stay - the Gold Leaf cigarettes suddenly disappeared from view and Perfect was transformed into the dutiful and attentive son. I remember too the evening when my parents came down from Lancashire to visit: with help from Kaye Sortain, his charming housekeeper, he provided a delicious dinner - Quiche Lorraine, Boeuf Bourguignon and Loganberry Pavlova as I recall - and the friendly, relaxed atmosphere convinced my mother that I had settled in the right place. Of course, I learnt much more from him than how to make the perfect Gin and Mixed Martini - how a ham-fisted player could make a half-decent hockey and cricket coach, for instance - but it was his generosity, kindness, sardonic sense of humour and dedication to the welfare of those in his charge that I will never forget.