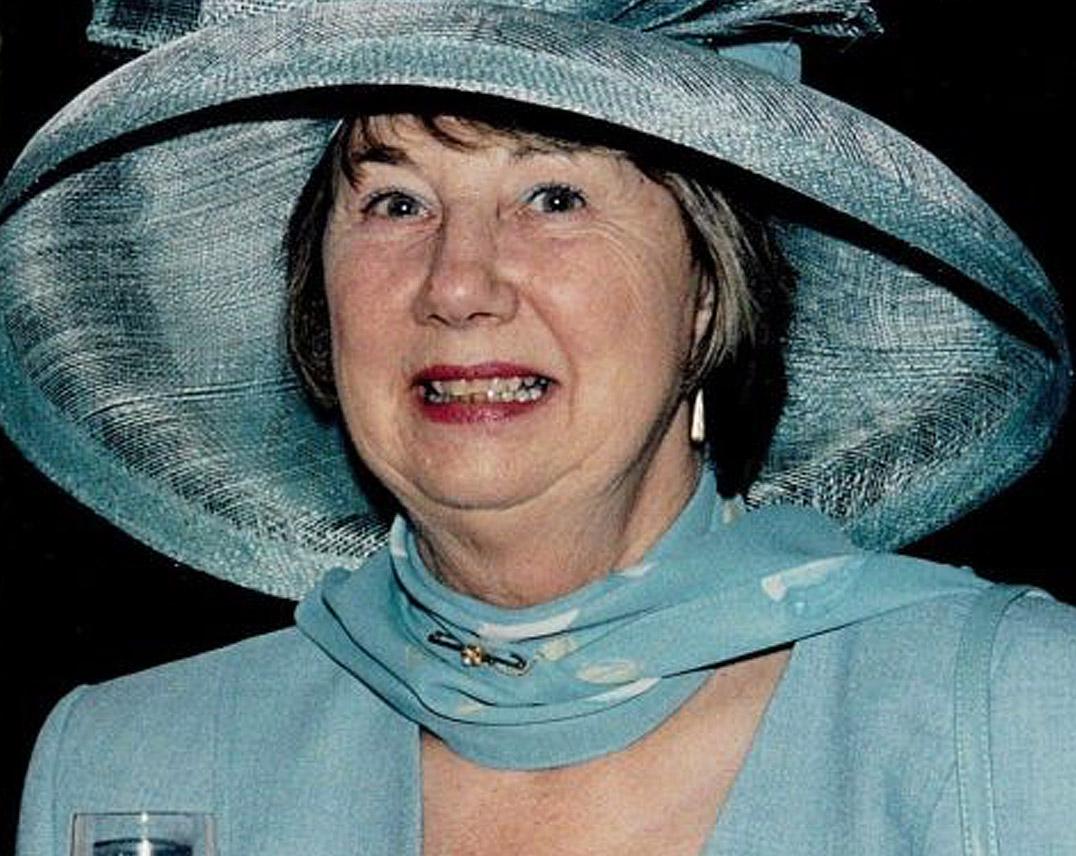 We are sad to announce the death of Hilda Williamson, who passed away on 23rd March 2021.

Hilda worked at the College from February 1978 until November 1996 and looked after the Old Brightonian network for a number of those years.

"Brighton College was a part of Mum’s life for 18 years.

She first joined part-time on the admin side, whilst I attended a very junior part of the same school just along the road. As my school hours grew longer so did Mum’s at the College and as time went on, I was old enough to walk along the road to Mum’s office. Over time, Mum’s job position changed and she ended up in charge of 3 different sections - the Old Brightonian network, the sports club (which allowed parents and past pupils to use the sports facilities for a fee) and, finally, the Burstow Gallery. The Gallery allowed artists to exhibit their art (and to sell their pieces) and invited the general public to come in and view the work. This part of Mum’s job was the most striking to me as a youngster, particularly when I could go to the private views to wander around and see the art. One of the most amazing exhibitions that she organised was a Picasso exhibition, which was held not only in the Burstow Gallery but also flowed into the Hall next door and a famous theatrical Picasso curtain hung from the stage.

The College wasn’t just 9-5 for Mum. It was close to being a second home. And with the job being so varied and the hours sometimes lapsing into weekends and evenings, invariably I was along for the ride! She had the ‘summer ball’ to arrange and a desk to "man" on Commemoration Day and attended Old Brightonian dinners in London. Mum and I also spent some very pleasant evenings attending theatrical performances put on by the pupils.

Our family life gradually followed the rhythms of the Brighton College timetable: it was a way of life, and as I pulled together this eulogy, I realised that my young life was dictated not just by one school but by two! With all the events she had to organise, she inevitably had to enlist other people’s help, and this always came in the shape of the caretakers or ‘head porters’ as they were known. Burt Swarbook and Reg Spicer were lynchpins for all functions in the College and strong friendships were formed with both. Reg became, I would say, another Uncle to me. Mum formed a great many lifelong and everlasting friendships during her time at Brighton College."

Hilda's funeral will be held at Woodvale, BrightonThursday 15th April at 1:30 pm.