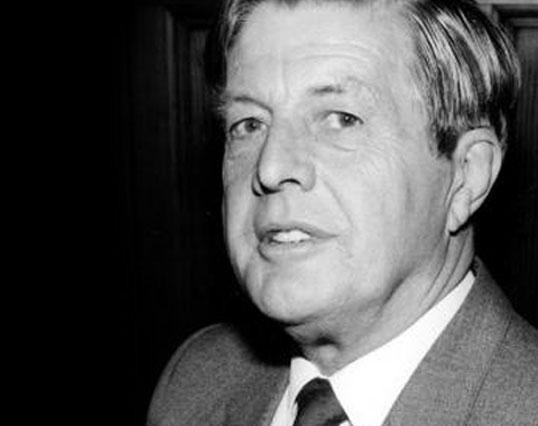 Peter Farrar (Ch. 1938-42), a former city education official of more than 30 years who helped set up some of Oxford’s most recognised institutions has died aged 89.

Henry Peter Farrar was born on August 7, 1924 in Leeds, to parents Harry, an insurance company manager, and Doris. The family moved to Brighton and he attended school in Hove, before winning a scholarship to study at Brighton College Preparatory School in 1933.

He moved up to Brighton College in 1938, taking mathematics and even teaching it during the Second World War, because many of the school’s masters had been called up.

He left in December 1942 and was drafted into the Royal Navy’s “Y Scheme”, for academically-minded 18-year-olds who were thought to be officer material. For his training he read mathematics and naval studies at University College, Oxford, for two terms and successfully became a 2nd Lieutenant. As a junior officer with the Navy he was sent to the training college HMS King Alfred in Hove. He was later posted to HMS Frobisher for the D-Day landings in Normandy in June 1944, which was part of the Gunfire Bombardment Support Force under Rear Admiral Patterson at Sword Beach.

In August the ship was hit by a torpedo while Mr Farrar, who had secretarial duties to the Captain, was on board. His wife, Pauline, said: “He fell out of bed into his red ink and mistakenly thought he was covered in his own blood.” Fortunately, he only needed one stitch to his head and the ship made it back to the UK.

After a posting in Sydney, Australia, at the end of the war, Mr Farrar returned to Oxford in 1946 and completed a mathematics degree in 1948.

After that he gained a diploma in education and then went to teach mathematics and sport at the independent Christ’s Hospital School, in Horsham, West Sussex, as a junior house master. In 1953 he taught at a technical college in Hatfield and became a council education officer in Bedfordshire in 1955. He returned to Oxford in 1960 to work in the city council’s education department, as a further and higher education officer and later also worked with youth centres.

From 1974 to 1981 he was senior education officer for South Oxfordshire, before retiring in 1981. Mr Farrar first married Muriel Joan Lang in 1953 and they had three sons. Henry was born in 1955, followed by William in 1958 and Charles in 1961. The couple were divorced in 1976 and Mr Farrar married Pauline, nee Barrett, that same year at Oxford Register Office. They had met in 1967 when he interviewed her for the job of youth worker in Blackbird Leys and after marrying moved to a home on Southfields Road, in East Oxford. They stayed until 2000, when they relocated to Cummings Close in Headington.

In retirement, he joined the Social Democrats and was city councillor for the North ward from 1986 to 1988 for the Alliance. He resigned and left Oxford to spend a year in Sydney, Australia, with his wife.

Peter Farrar died peacefully on June 25 in Wallingford Community Hospital. He is survived by his second wife Pauline and his three sons. A private funeral has taken place.