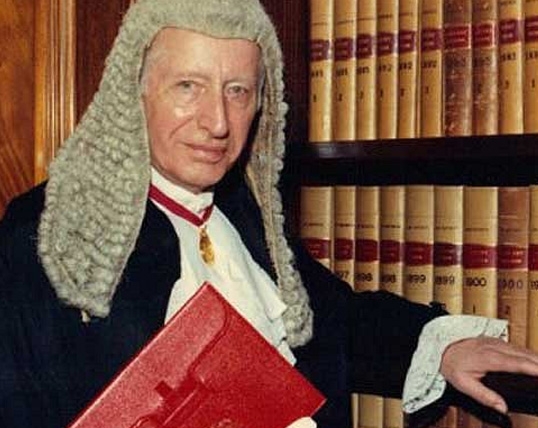 Stuart-Smith was called to the Bar at Middle Temple and practised as a barrister from 1948 to 1955. Early in his career, he defended one of the Kray twins, who was alleged to have been acting alone in a criminal enterprise. Stuart-Smith persuaded the jury that since no one could say conclusively whether the crime had been committed by the defendant or by his identical twin brother, it could not be proved beyond reasonable doubt that the defendant was guilty. He was duly acquitted.

After seven years of independent practice, Stuart-Smith joined the office of the Judge Advocate General as a legal assistant. He quickly came to the notice of the then Judge Advocate General, Sir Frederick Gentle QC, who persuaded him that his careful and analytical approach to problems, and his extensive knowledge of the Army, equipped him well for the duties of a judge advocate.

He was appointed Deputy Judge Advocate in 1957 and Assistant Judge Advocate General in 1968. He served overseas on two occasions, as the senior judge advocate in Aden from 1964 to 1965 and with the British Forces in Germany from 1976 to 1979.

In 1981 Stuart-Smith became the Vice Judge Advocate General. In the course of his work he discovered that a sapper had been sent to detention for 21 days by his commanding officer for falsely stating that he had not been involved in a violent affray.

The man was subsequently convicted and fined for that offence by Guildford magistrates. In a letter to the soldier's CO, Stuart-Smith wrote: "It is a well known principle of English law that a man cannot be compelled to incriminate himself and, without purporting to lay down any principle of law, as a matter of general practice it is normally regarded as wholly inappropriate to make a man's denials in his own defence the subject of a separate charge." He ordered that the man be released immediately.

Following his promotion to Judge Advocate General, he was appointed CB and, subsequently, QC Emeritus. At the end of his career, he was a trusted adviser to the Secretary of State. He retired in 1991 having served as a military judge for 36 years.
James Stuart-Smith was born in Brighton, Sussex, on September 13 1919. His father owned livery stables and was the first manager of the Southdown Bus Company. Young James went to Brighton College and then to the London Hospital as a medical student.

On the outbreak of the Second World War he joined the King's Royal Rifle Corps and saw active service in Italy, Egypt and Palestine. He was promoted lieutenant colonel aged 27 but decided to pursue a legal career after being demobilised.
Stuart-Smith held every military judicial appointment from legal assistant to that of Judge Advocate General. His rulings on matters of law were invariably sound, he was scrupulously fair in court and did not delight, as did some of his fellow judges, in scoring points at the expense of the advocates. He was president of the International Society for Military Law and the Law of War from 1985 to 1991.

In the 1990s he heard that his old school was to commemorate all those former pupils who had been killed in the Second World War. A contemporary at school was a German boy called Guhl who had been forced by the German government to leave the school to join the Wehrmacht. He was killed on active service. Stuart-Smith battled successfully to have Guhl's name included on the list and in later life became friendly with the young man's family.
James Stuart-Smith married, in 1957, Jean Groundsell. She predeceased him and he is survived by their son and daughter.

This obituary has been reproduced with kind permission of The Telegraph.