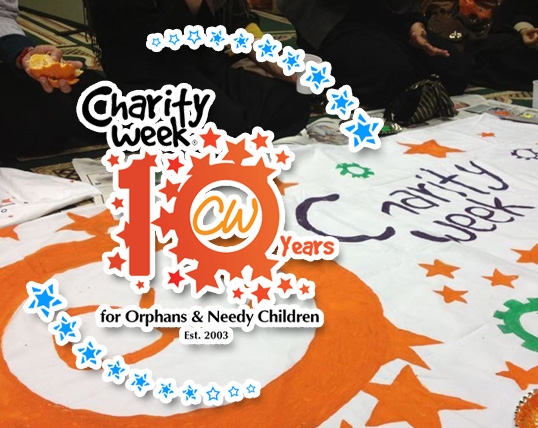 Many thanks to OB John Spence (L. 1975-80) for donating the top two prizes for the pupils fundraising efforts. Three of our terrific Upper Sixth boys (Osaid Ather, Junaid Mahomed and Varadh Kalidasan) are promoting various fundraising events this week. Alongside events held in universities and colleges across the country the boys hope to raise as much as possible for orphans and other children who find themselves in need, often in war-torn parts of the world.

The pupils have specifically chosen a charity which runs a huge number of projects and which promises that every penny donated goes directly to the projects and to making a difference for those most in need of help. Further details on both the charity and the prizes are available at bcsupportingcharityweek.com.

We are fundraising as a part of charity week, where schools, colleges and universities across the world make a unified effort to raise money that is sent to finance projects run by Islamic Relief over the world to help orphans and children in need. Projects in the past have included an artifical limb clinic in Chechnya and refurbishment of schools all over the world. I would ask you to consider supporting them by purchasing a raffle ticket (or more than one). As you will see in the gallery below, the top prizes are as wonderful as the cause is worthy.

It would very helpful if we could get some sponsorship for prizes from the old Brightonians for the raffle, and a house prize for the house that raises the most money over the week. Tickets for the raffle will predominantly sold to parents, students and staff.

Please contact Rebecca at the OB office if you're able to help. Many thanks to John Spence (L. 1975-80) for his generous donation.