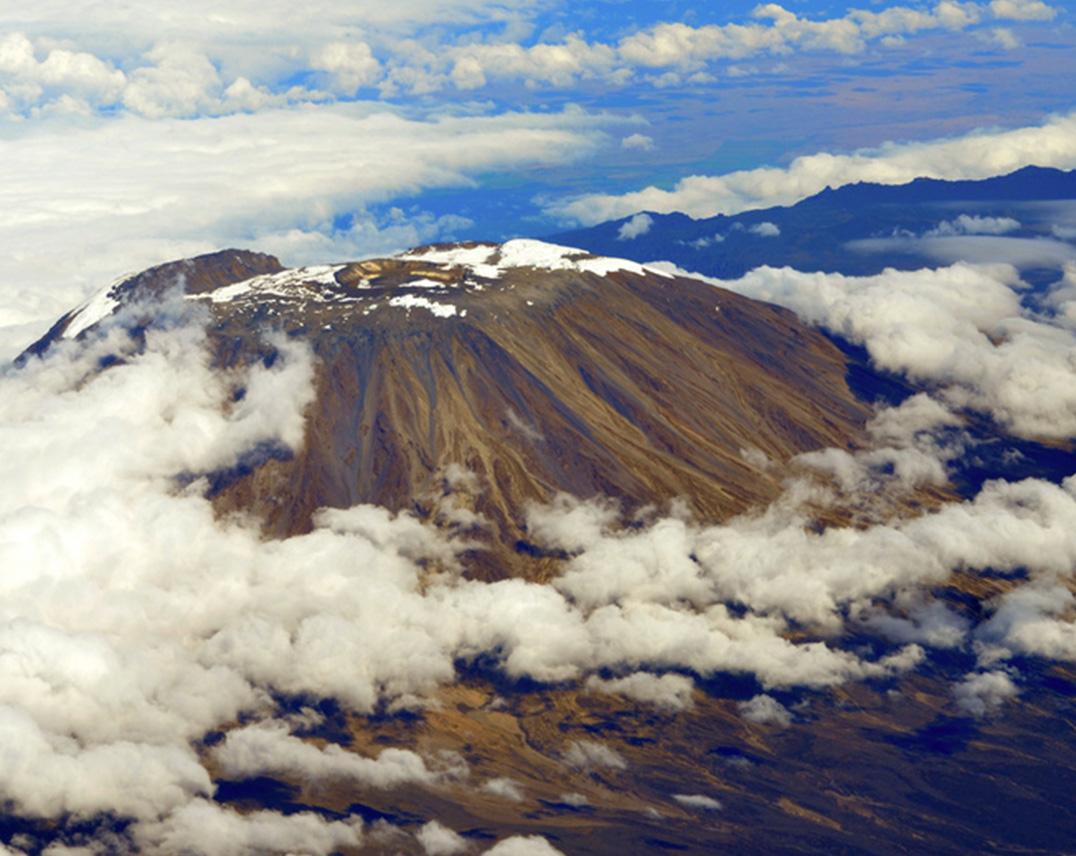 Nearly a year ago, I stood 6 km high watching the sun rise on East Africa with the clouds breaking like the sea against the slopes of Kilimanjaro far beneath me. It’s a moment I want preserved forever, but it was as much the days that led up to it as the moment itself that made the trek what it was.

Rewind 5 days: landed at Jomo Kenyatta airport in the company of 27 friends and strangers, some of whom were experiencing the juxtaposition of worlds that is ex-colonial Africa for the first time. The squalor and the poverty contrasting with the sheer joy of living that sets these people so far above us, the richness of resources versus the lack of wealth to utilise them fully, the riot of colours and smells, sights and sounds. It’s a place like no other.

We spent the first day travelling, driving from Nairobi down across the border into Tanzania and to our first camp. It was called Tinga Tinga and sat in the shadow of the mountain near a Masai village, thorn trees all around. Two tribesmen sat through the night just beyond the embers of the camp fire, watching out for elephants. Off the next morning early and before long we’re sitting atop a Land Rover that’s doing 40 along a dirt track, bouncing around and holding on tight with a grin from ear to ear.

Setting off from the base station a couple of hours later, straight into the rain forest and straight into solitude. Everyone’s soaking in as much of the sights and sounds as they can. Brightly coloured birds dart from tree to tree and monkeys hoot in the distance. In the foreground there are almost too many shades of green and a feeling of lushness. We camped at Big Tree, the forest turning eerie when all the lanterns are extinguished, and the two troops of monkeys contest vocally from opposite sides of the clearing. Everyone’s buzzing with adrenaline but tired from the day’s walking.

We wake, we eat a breakfast the size of which you wouldn’t believe (and I lost weight on the trip!), and we walk up through the forest until noon. Suddenly it ends and scrubland takes its place, littered with burnt skeletons of trees from a fire 3 years ago until they’re swallowed into the mist. We spend the afternoon on ridgebacks cresting the remnants of the ancient caledera to then descend a few hundred feet into the Shira plateau, with Kibo peak standing proud in the distance. We’re now at 12,000 feet and the terrain is rocky and broken with only low-lying scrub covering the soil the pyroclasts scattered like seeds.

It takes two days to cross the Shira plateau, tackling Shira Cathedral on the way.

It starts raining on the first day and continues steadily for the next 40 hours, with breaks for hail, snow and sleet - the worst weather they’ve seen for the last decade.

It’s pretty miserable and spirits are low, particularly when we hear that three of the porters for another group have succumbed to exposure. We consider turning back for safety’s sake, but then the weather breaks. Bright sunshine in the morning raised our moral considerably, but we’ve learnt to take the mountain seriously. It’s not just a walk in the park; we’d seen our limits pushed.

Set off with a new zeal, tackling Barranco Wall with more fervour than a 1,000 foot cliff whose path consisted of narrow switchbacks deserved. Some of the sense of exhilaration returned as we scrambled over rockfaces where the trail petered out. And then into lunar landscapes as we circled around towards the approach to Kibo. Almost nothing growing at this height other than in sheltered valleys like the camp for the night, Karanga, and even then struggling.

From Karanga to Barafu Peak, with stunningly beautiful but desolate views in between. We’d been above the cloud base since the camp at the base of Barranco Wall. Across valleys of slate and over sharp-edged ridges to the point we were going to summit from that night. Turned 25 and my brother sprung a surprise party at 15,000 feet that evening: with the excitement and camaraderie in the air, it took my breath away. We sang and we laughed and we talked far later that we should have.

Two hours sleep and up at midnight. It’s 15 below and the wind is gusting at 40 knots. Six hours climbing under moonlight and then watching the sun rise just as you make the summit, reflecting over the glacier that surround it. On top of the world and on a natural high. Posing for photos and then starting the trek back down with the first 2 hours running down scree. It’s a long day, with a longer one to follow, but some enterprising ex-guide in that night’s camp has shipped a few cases of beer up from the base station.

Down another day, seven hours through water-logged clay and tree roots in what is the toughest walking conditions yet. But then you’re at the base station and looking forward to a bed and a shower and home sweet home.

Just writing this account I get shivers and a burst of adrenaline, but it’s not so much about conquering a mountain as conquering yourself. If you get a chance to push your boundaries a little, take it. Grasp it with both hands. Test yourself. Explore. Don’t settle for just 9 - 5.