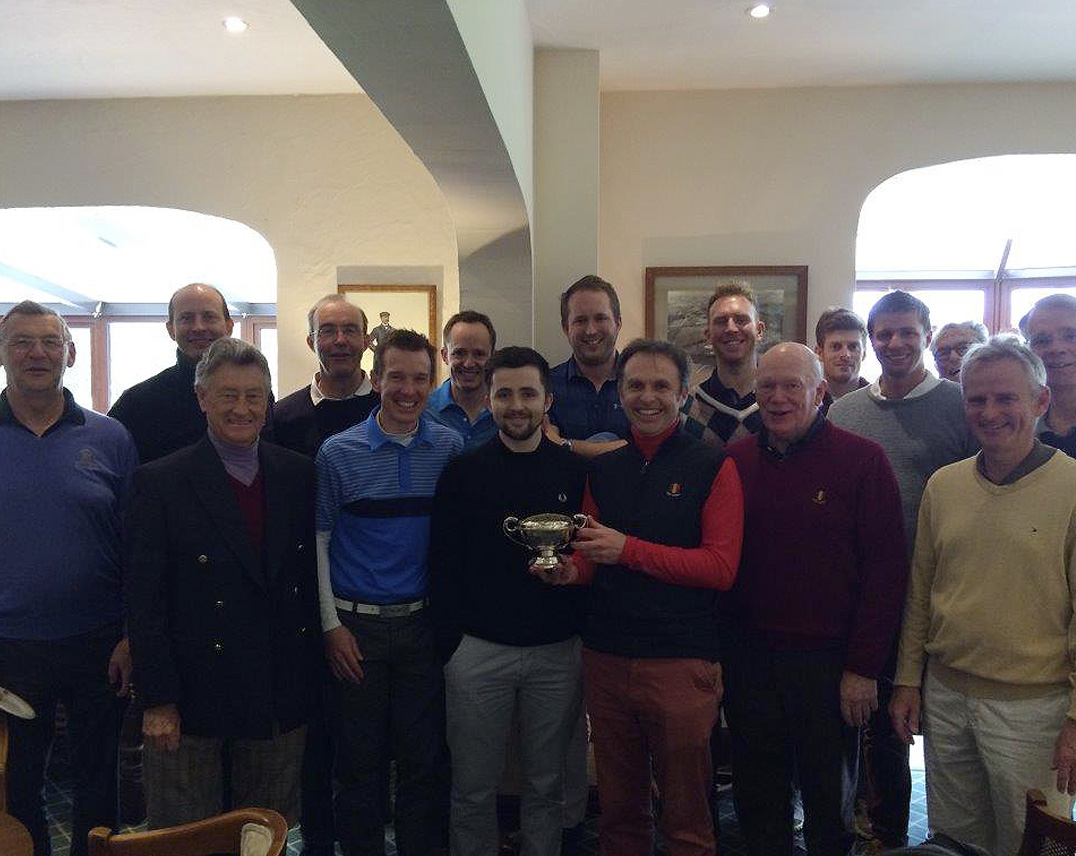 Sixteen OB's of different vintages and abilities assembled into two teams in a friendly match which pits the Secretary against the President. Only on this occasion our Hon. President Chris Pett, had more important business to attend to as he is currently leading the Seniors on tour in Australia. Geoffrey Bush kindly agreed to provide Locum cover.

The OB's retired for tea & cake and the Cup was presented to Geoffrey Bush. Six of the 'younger' generation returned to the course whilst the remainder sensibly stayed inside and chatted.

It was an excellent start to the year combing the objectives of being a social event and, for some a warm-up to the Halford Hewitt where Brighton are due to take on Ampleforth on 6th April.