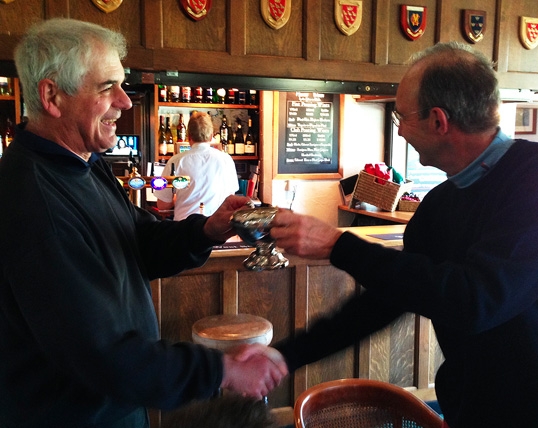 The OBGS annual Spring meeting was held at West Sussex golf club as an early preparation for members of the Halford Hewitt squad.

Following an excellent team breakfast the President's team won the foursomes match against the Secretary's team, 7 points to 5. As a result, the President retained the prestigious trophy and the Secretary collected another year's team selection headache for the Hewitt.

Brighton meet Dulwich in the 1st round at Royal Cinque Ports GC, Deal on Friday 11th April. All supporters very welcome (tee-off is at 7.45am).