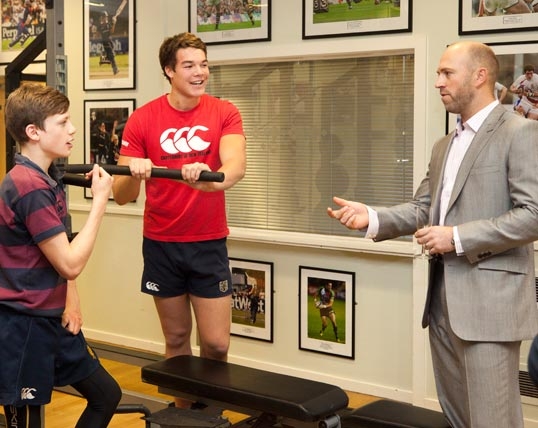 Old Brightonian Matt Prior (R. 1995-00) England wicketkeeper and two-time Ashes winner, returned to the College on Wednesday 30th November 2011 to open, officially, the new fitness and conditioning suite housed in what was previously the pre-prep school hall.

The former college cricket captain joined the Head Master, staff and friends of the College in the new facility, alongside a number of pupils who demonstrated, with great energy and enthusiasm, the full range of state-of-the-art equipment. Before unveiling the commemorative plaque, he spoke of the tremendous support the College had given to him in launching his sporting career, and later delighted pupils by answering their many questions.