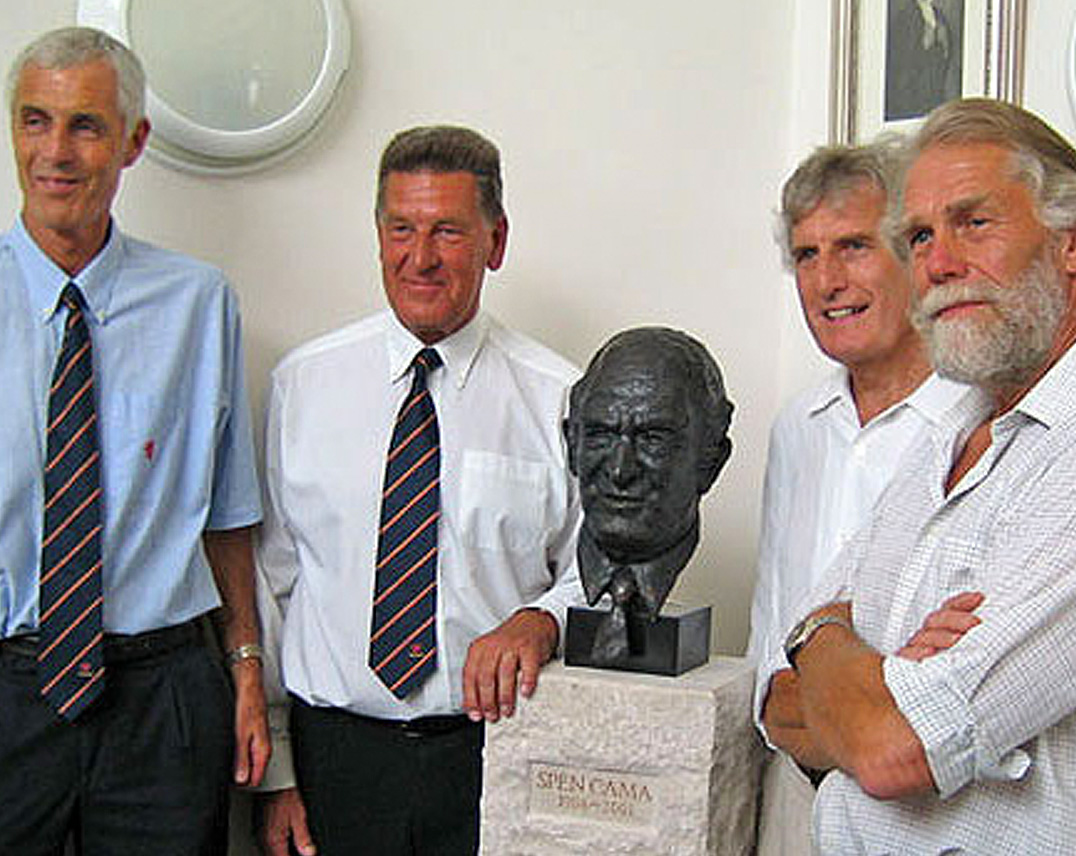 The official opening of the magnificent new pavilion at Preston Nomads’ ground in Fulking turned into something of an Old Brightonian reunion - as these things so often do! The pavilion was opened by an emotional and engaging Robin Marlar - occasional scourge of Clare Connor’s England team, President of the MCC, and son of E A G Marler (OB. 1916-19).

Proper Old Brightonians littered the place - you couldn't approach the free bar without tripping over one! Needless to say, Joey Appleton and Neil Lenham (both D. 1979-84) were present - Neil playing for Sussex against the Nomads’ team (and taking a magnificent catch on the boundary to close-out the match), Joey shuttling to and from said free bar – pretending he'd got the last twenty rounds in! Joey was joined by his father, the ever-entertaining Graham Appleton (D. 1953- 57).

Many Sussex cricket-types will be well aware that the extraordinary new facilities now on display at the Nomads’ beautifully located but formerly scruffy Fulking ground have been paid for with an extraordinarily large amount of cash left to them by the former Spen Cama.

In honour of the man a bust was commissioned from Nick Bremer (Director of Art, Brighton College, 1969-2000) and duly unveiled at the opening by legendary fast bowler John Snow. Accordingly Nick’s two favourite children, Alex Bremer (R. 1979-83) and Jack Bremer (BCJS 1990-94) were in dutiful attendance.