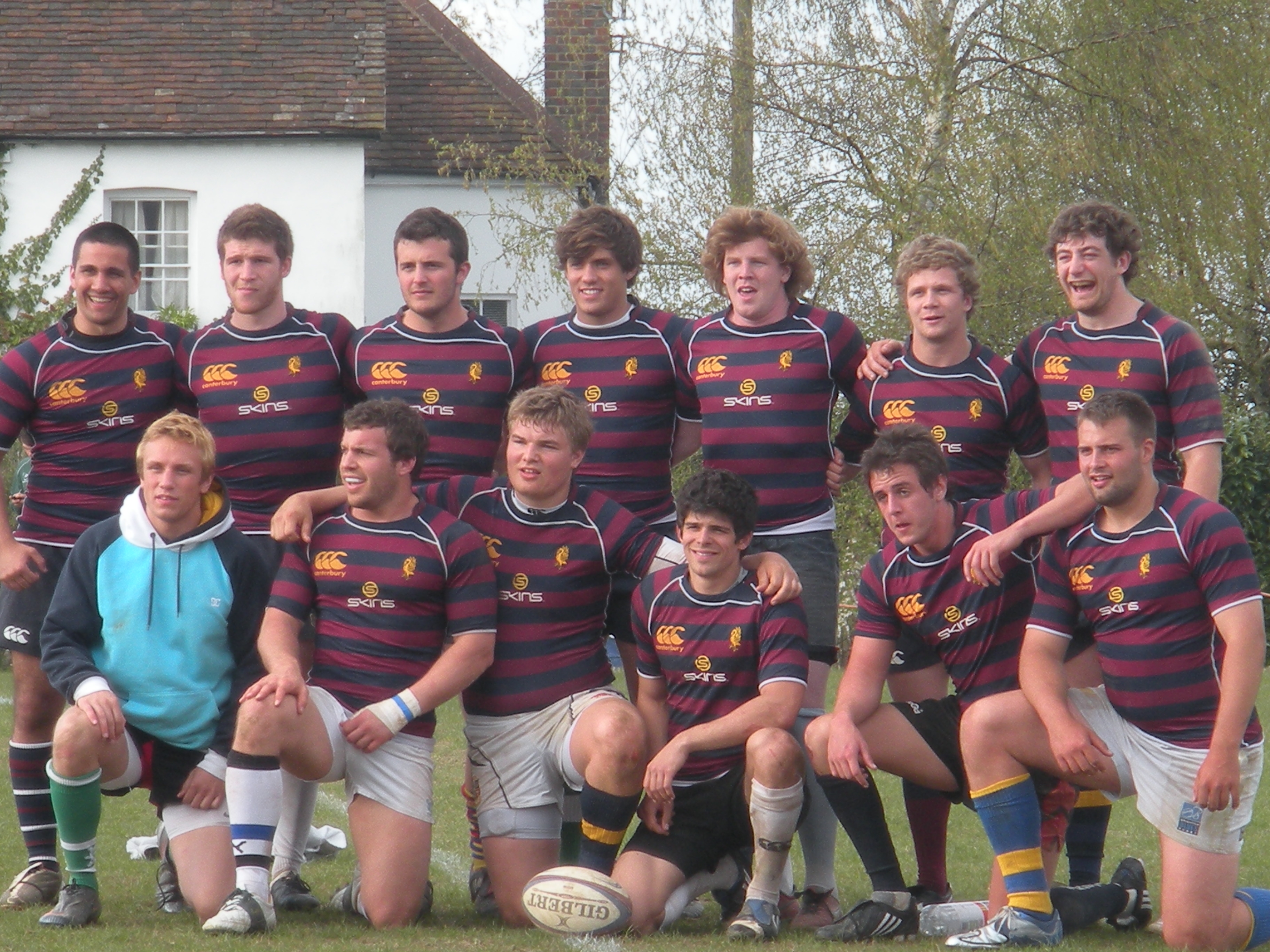 Sunday 25th April saw a somewhat relaxed and laid back Pelicans squad take to the field at this year's Sunshine 7s. Our first game was against Esher who run a regular 7s squad and were expected to do well at the tournament.

We lost 12 points to 5 but considering many of our team had not played together before it was a good performance and the opinion from the touchline was that we were in for a good day of 7s. Our next pool game was against Burgess Hill and again the Pelicans put themselves through a gruelling warm up programme... actually they wandered on to the pitch and beat Burgess Hill by 50 points to 5!

We were through to the Plate competition and Sammy Turner decided that now was the time to play his trump card and drink 4 Red Bull shots in quick succession accompanied by Jelly Babies, to be fair this was the most dedicated warm up/ preparation that I saw from any of the players throughout the day. Despite a nervous start against St.Bartholomews Hospital the Pelicans turned out another stunning 7s performance and won 33 points to 12. Things were now getting serious and silverware was in sight, so the boys managed to all stand up at the same time and wander across to the pitch and in yet another great performance they won against Brookes College with a decisive score of 38 points to 7.

So to the Plate final, Tom Aiken managed to round up all the team about 5 minutes before kick off as the final was against Hove and all agreed that maybe they should take it seriously and have a gentle warm up jog for a couple of minutes. Despite an opening interception try from Hove the Pelicans looked confident and the confidence grew. It was a hard fought battle but the final result was Pelicans 31 and Hove 14.

Garry Gordon, the tournament organiser, later commented that it was one of the best Sunshine 7s finals he had seen in years and that the''Pelicans had the potential to do some damage on the 7s circuit''. These are high words of praise and richly deserved so thank you to all the players and I look forward to next year's Sunshine 7s.