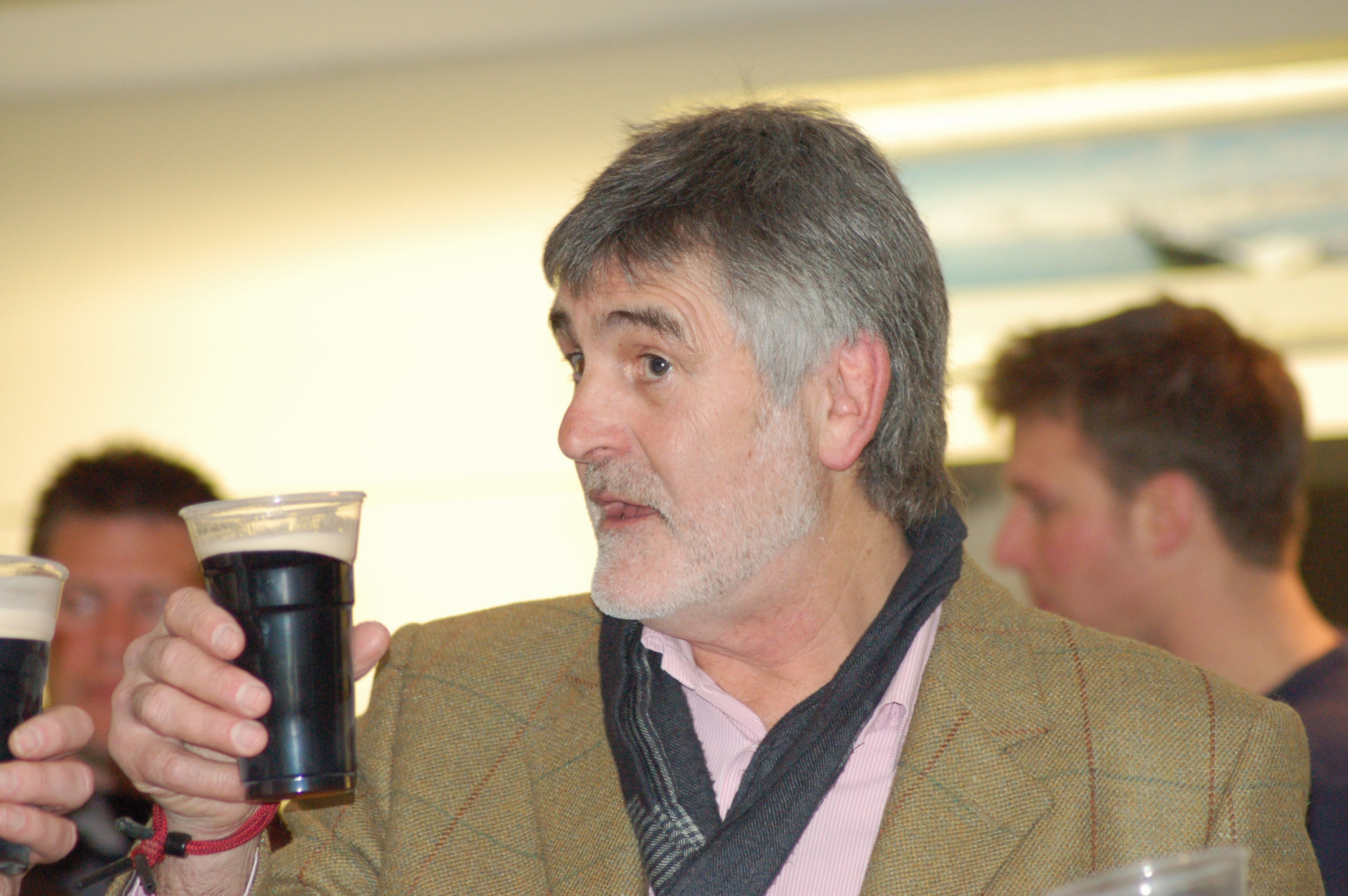 My last missive on this esteemed website began with the observation that the sun always seems to shine on the College whenever an event or function summons me there... apparently these were famous last words!

Ben Stott (R. 1979-94) and I had driven down from London in order to play in / watch from the sidelines (respectively) the "John Pope Retirement Rugby Match". Upon arrival at a rain-soaked campus we were glibly informed of the match cancellation due to a waterlogged pitch - the growing throng of OBs were bitterly disappointed.

Needless to say we conducted our own pitch inspection, and declared the ground perfectly suitable for a game of rugger... the groundsman disagreed; apparently a lumpy outfield is not desirable when the cricket season begins 4 weeks hence. We tried everything; pulling rank... intimidation... begging... all to no avail; we had to accept that the match was off - at least on the College Home Ground.

By 2 o’clock we had a sizable crowd of OBs keen to either play or watch something - and so the decision to play at the New Ground was made. Now here is a little corner of England that, at least in my memory, is forever windy, cold and wet - and today did nothing to shatter my impression of this God-forsaken place.

Nevertheless, there was an extraordinary atmosphere within the masses; a palpable good humour that lasted the whole afternoon. Two teams of approximately 10-a-side were hastily assembled, and a game of "3 halves" commenced. John Pope himself refereed a tremendous game of spectacular deeds and inconsequential scorelines, observed by a sizable crowd of freezing OBs and their families.

Lord knows who won this game - it really didn’t matter; all those participating seemed to have a terrific time, and when Joey Appleton (D. 1979-84) ran unannounced onto the field of play to pinch the ball and score between the posts, his misdemeanour was met with universal laughter and approval.

Post-match speeches and toasts were held in the Café de Paris back at the College as young and old OBs nursed their bumps and bruises over a curry and beer. Joey stood and spoke eloquently on matters Welsh, and finished his speech by handing out the words to "Bread of Heaven" so that we might give John a "taste of the valleys" in song... which we did... and which probably sounded awful to his well trained Celtic ears!

All in all, and despite the weather’s best efforts to thwart our plans, this was a terrific day, and all present promised to reconvene on 30th August for the "Peter Rumney Memorial Rugby Match"... see you then!