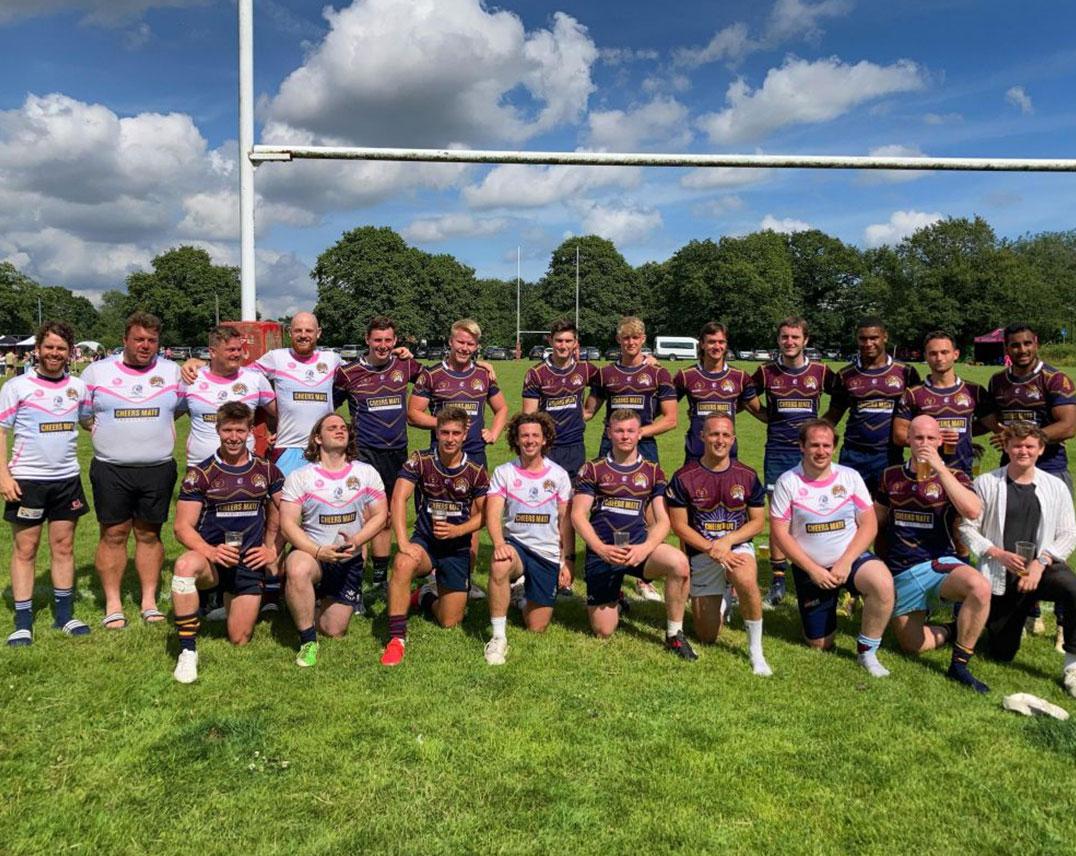 After a long break, Los Pelicanos Hermanos, the Old Brightonian rugby teams, were finally back together! Playing at Burgess Hill over the last weekend in July, the boys in purple and white had a great run of games.

"After the cancellation of the Brighton 7s tournament, and a reduced turnout at Worthing 7s, LPH were back in force at Burgess Hill 7s. Taking a squad of over twenty players, Los Pelicanos Hermanos (LPH) entered two teams, one in the trademark purple kit, and the other in the fetching white alternate kit. LPH welcomed back some familiar faces and some new debutants, most of whom have only just left school. It is an encouraging sign for the club’s future that we can attract players who had not even started at Brighton College when LPH first debuted in 2016.

Of the two teams, the purple team fared the better on the day (it did have the better players in it). The purple team won their first game against Burgess Hill convincingly, exploiting the dubious fitness of some of Burgess Hill’s more experienced players. They then had two hard games against Old Reigatians and White Horse (the defending champions); in the game against Reigate, Pelis could not quite get going, though there were still plenty of moments of individual skill and flair. White Horse was a hard game, but LPH did not let their heads drop and the second half ended up being closely fought - and there is no shame in losing to an invitational side.

As a result of their performances in the group, the purple team made it through to the plate semi-final in which they, boosted by a couple of late arrivals, comfortably outplayed the opposition. The final was a tight affair and hinged on a breakaway try when LPH had twice been held up over the opposition line before a lucky turnover let the opposition run the pitch to put the game out of reach in the final couple of minutes. On another day LPH would have been able to add to their growing collection of silverware.

The white team had a harder day at the tournament. In their first game, after conceding against the run of play, they were comfortably the better team and induced two sin bins from the opposition while pulling ahead into the lead, though the lack of conversions would prove costly. A late lapse in concentration let the six-man opposition score in the corner and they converted to win the game in the last play. The next game was an engaging contest. LPH looked down and out at 5-1 down; however, the opposition’s penchant for high tackles proved costly and LPH rallied to make it 5-4 and narrowly failed to score in the corner in the last play to level the game. The next game was tough, and LPH were never really in it. However, this was against the team that purple would disassemble in the semi-final, so, as a club, LPH still won.

After losing all of their group games (on another day they would have won two) white went into the bowl semi against Burgess Hill. The first half ended with Burgess Hill a try ahead, and LPH were in the game until they, unfortunately, went down to 6 men. However, LPH still managed to score two tries to end the day on a high.

After their games, both teams relaxed with some food and drink while reflecting on the day’s events. Overall, it was a great day out and brilliant to see so many new faces. LPH now turn their attention to the Littlehampton 10s tournament on the 14th August, we are the defending champions and the aim is to win it again."