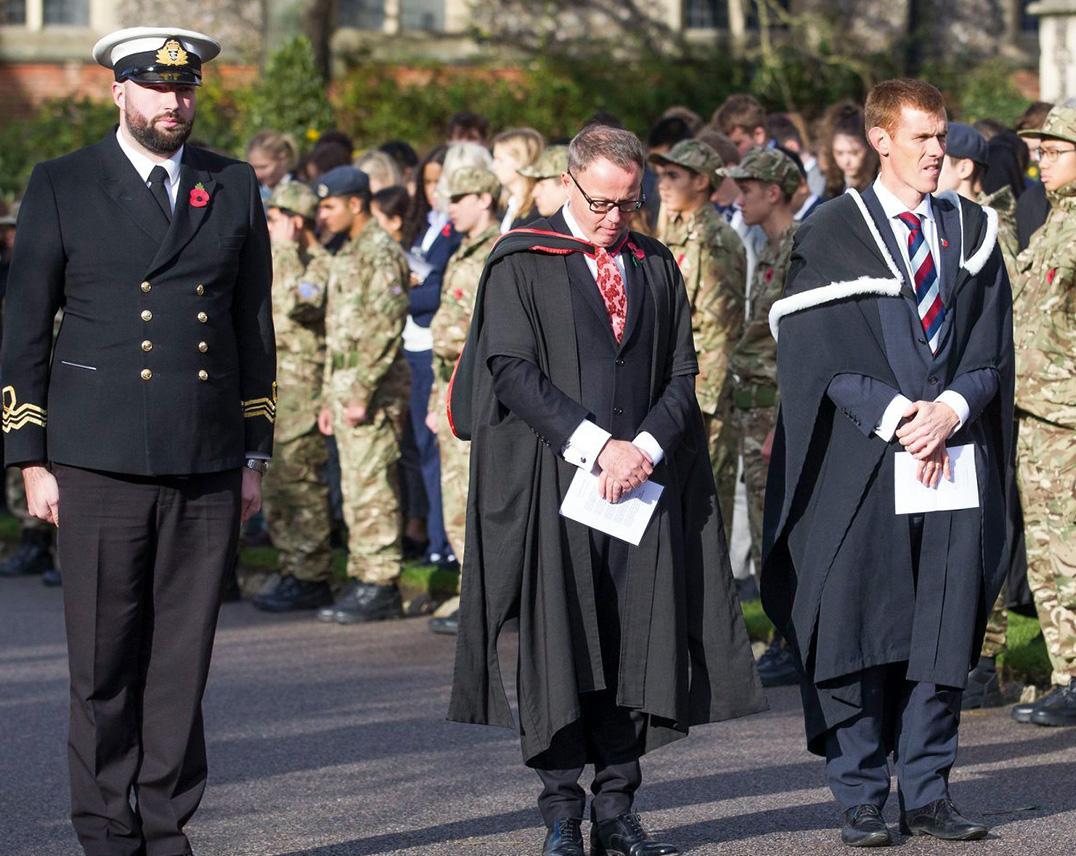 Our annual Remembrance Service was held in the College chapel on Sunday 10th November.

This special event welcomes Old Brightonians, staff, pupils and parents to remember those who lost their lives in military service. As ever, the chapel was filled with pupils, parents, former staff and Old Brightonians, remembering those who never returned.

Following the service, we hosted a traditional Sunday lunch in Scott's Cafe, which was very well attended by Old Brightonians and former staff, as well as our chaplain, Rev'd Rosie Amess, teacher in charge of CCF, Matthew Renshaw and School Staff Instructor RSM Tony Tighe, who will be retiring at the end of this academic year.

Many thanks to all of those who were able to join us for the service and the lunch.