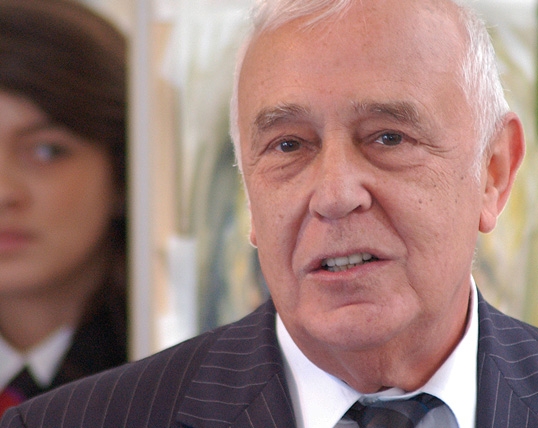 Europe is now haunted by the spectre of debt. All European leaders quail before it. To exorcise the demon, they are putting their economies through the wringer.

It doesn't seem to be helping. Their economies are still tumbling, and the debt continues to grow. The credit ratings agency Standard & Poor's has just downgraded the sovereign-debt ratings of nine eurozone countries, including France. The United Kingdom is likely to follow.

To anyone not blinded by folly, the explanation for this mass downgrade is obvious. If you deliberately aim to shrink your GDP, your debt-to-GDP ratio is bound to grow. The only way to cut your debt (other than by default) is to get your economy to grow.

Fear of debt is rooted in human nature; so the extinction of it as a policy aim seems right to the average citizen. Everyone knows what financial debt means: money owed, often borrowed. To be in debt can produce anxiety if one is uncertain whether, when the time comes, one will be able to repay what one owes.

This anxiety is readily transferred to national debt - the debt owed by a government to its creditors. How, people ask, will governments repay all the hundreds of billions of dollars that they owe? As British Prime Minister David Cameron put it: "Government debt is the same as credit-card debt; it's got to be paid back."

Again, an analogy with household debt readily suggests itself. My death does not extinguish my debt, reasons the sensible citizen. My creditors will have the first claim on my estate - everything that I wanted to leave to my children. Similarly, a debt left unpaid too long by a government is a burden on future generations: I may enjoy the benefits of government extravagance, but my children will have to foot the bill.

That is why deficit reduction is at the center of most governments' fiscal policy today. A government with a "credible" plan for "fiscal consolidation" supposedly is less likely to default on its debt, or leave it for the future to pay. This will, it is thought, enable the government to borrow money more cheaply than it would otherwise be able to do, in turn lowering interest rates for private borrowers, which should boost economic activity. So fiscal consolidation is the royal road to economic recovery.

This, the official doctrine of most developed countries today , contains at least five major fallacies, which pass largely unnoticed, because the narrative is so plausible.

First, governments, unlike private individuals, do not have to "repay" their debts. A government of a country with its own central bank and its own currency can simply continue to borrow by printing the money which is lent to it. This is not true of countries in the eurozone. But their governments do not have to repay their debts, either. If their (foreign) creditors put too much pressure on them, they simply default. Default is bad. But life after default goes on much as before.

Second, deliberately cutting the deficit is not the best way for a government to balance its books. Deficit reduction in a depressed economy is the road not to recovery, but to contraction, because it means cutting the national income on which the government's revenues depend. This will make it harder, not easier, for it to cut the deficit. The British government already must borrow £112 billion ($172 billion) more than it had planned when it announced its deficit-reduction plan in June 2010.

Third, the national debt is not a net burden on future generations. Even if it gives rise to future tax liabilities (and some of it will), these will be transfers from taxpayers to bond holders. This may have disagreeable distributional consequences. But trying to reduce it now will be a net burden on future generations: income will be lowered immediately, profits will fall, pension funds will be diminished, investment projects will be canceled or postponed, and houses, hospitals, and schools will not be built. Future generations will be worse off, having been deprived of assets that they might otherwise have had.

Fourth, there is no connection between the size of national debt and the price that a government must pay to finance it. The interest rates that Japan, the United States, the UK, and Germany pay on their national debt are equally low, despite vast differences in their debt levels and fiscal policies.

Finally, low borrowing costs for governments do not automatically reduce the cost of capital for the private sector. After all, corporate borrowers do not borrow at the "risk-free" yield of, say, US Treasury bonds, and evidence shows that monetary expansion can push down the interest rate on government debt, but have hardly any effect on new bank lending to firms or households. In fact, the causality is the reverse: the reason why government interest rates in the UK and elsewhere are so low is that interest rates for private-sector loans are so high.

Statesmen who aim to liquidate the debt should recall another famous spectre - the spectre of the revolution.