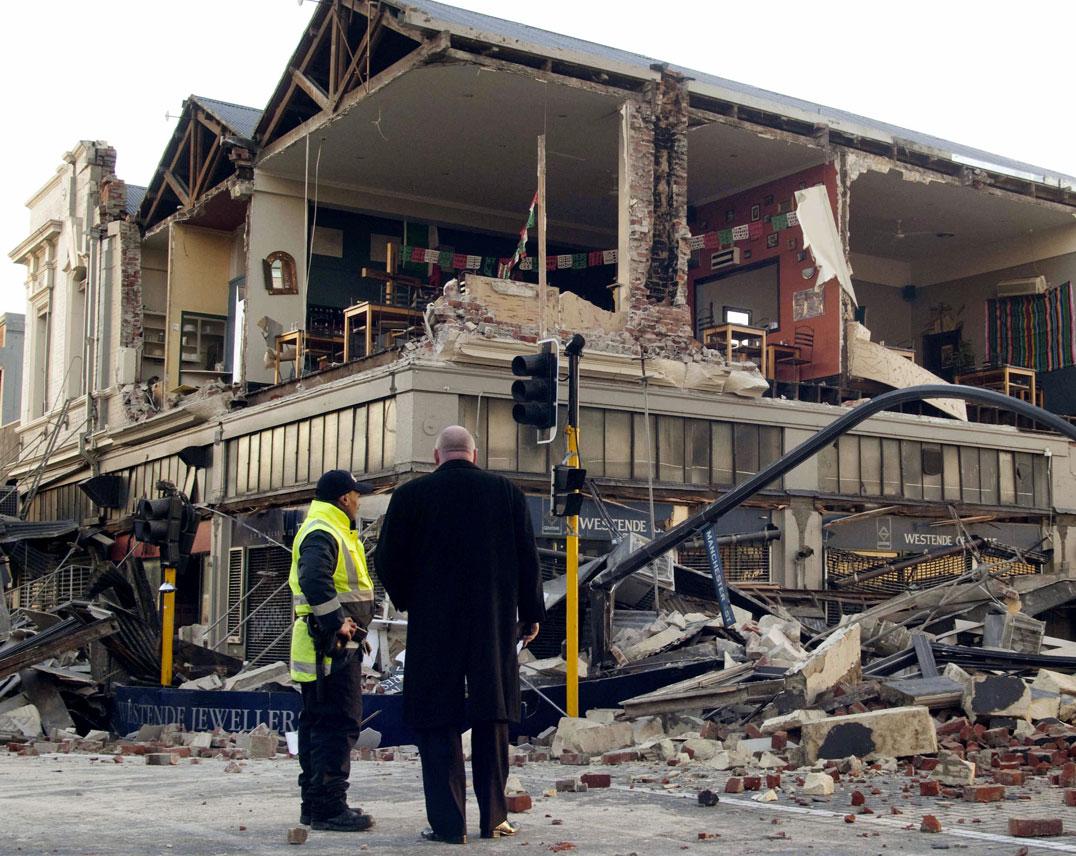 Something that the College does not prepare one for is a major earthquake!

The shallow one that struck near Christchurch New Zealand, measuring 7.1 on the Richter scale on 04 September was felt 400 kms away in the North Island: we live 45kms from the epicentre.

At 4.35am, like most people, we were asleep in bed, when the ground started moving - enough to wake us up. This was followed very quickly by severe shaking and a roaring sound. Our house in rural Canterbury is ten years old and like most newer buildings was constructed following strict regulations. It was hard to stand up, not least because it was pitch dark.

After a minute (seemed much longer), the roaring and shaking subsided and we were left under the doorway feeling numb. Was this 'the big one' or was there a bigger one to follow? Where was the epicentre? How many hurt?

The crystals hanging off our bedroom light fitting scarcely stopped swaying for the next few hours as aftershocks rattled every now and again. Our portable radio confirmed that the epicentre was 30kms west of Christchurch, a city of some 400,000 people. Later reports advised that, although a number of edifices and facades had come down off older buildings in the CBD, no building had actually collapsed. Miraculously, though it was twice the strength of the Haiti earthquake, no-one was killed and only three people were critically injured.

In the days following the quake, the damage became more apparent: newer suburbs which were built on old swamps took the full effects, either with liquifaction or with slumping. Many homes will have to be rebuilt. The infrastructure stood up very well, most roads and bridges were re-opened within only a few hours as were public buildings. The international airport (the second biggest in the country and only 25 kms from the epicentre) which supplies the US and NZ Antarctic bases as well as domestic and international destinations, received only surface cracks in the terminals. Water supplies, electricity and sewage were the main victims, but in most cases these are all working efficiently now.

Recovery is well under way as life continues almost as normal. Schools are back: the university returns next week, and the state of emergency has been lifted: of note, there was a major slip on the main road and railway north alongside the Pacific last Friday - some 20,000 cubic meters totally blocked the routes and teams have been working 24 hours a day to clear the mess!

The repair bill for the 'quake stands at $4 billion, and will be funded mostly by the NZ government and insurance companies. It will take a year or more to re-build the city and rural towns, but we are still smiling as a massive storm the size of Australia is about to descend on us!