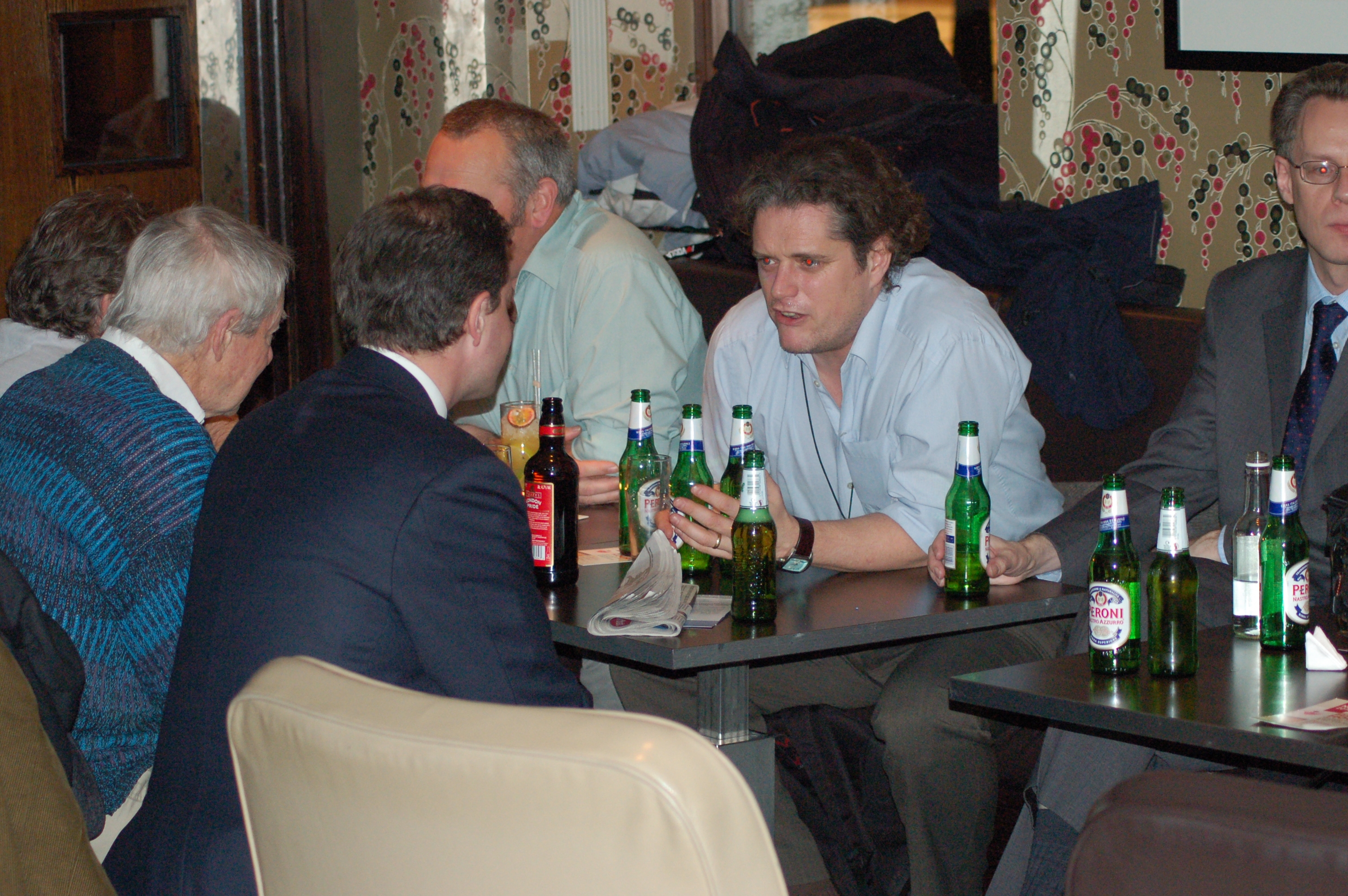 It’s been a while since our last London Drinks – almost 2 years, in fact. For these first Drinks of 2010 we had returned to a favourite old haunt of the Association’s London members; The International Bar on St. Martin’s Lane. Unfortunately it appears that it may also be our last time here; the place is to close within a month – a piece of information made privy to Jack Bremer (BCJS 1990-94) before some of the bar staff (much to his and one unfortunate girl’s great embarrassment / shock).

A good turnout for the evening, although yet again our female members were sadly thin-on-the-ground. A lively debate on how we might come up with informal events that might attract more of our Old Girls ensued, and we think we might have come up with a couple of cracking ideas... so watch this space!

A particular delight for me this evening was the arrival of someone I’d not seen in 22 years. Mark "Min" Smith (L/B. 1972-77) and I raced together in Formula First back in 1987, and had become firm friends long before we realised that we lived in the same street in London, and that we had also attended Brighton College! I can confirm that whilst he hasn’t gotten any taller, the 2 decades since we had last met have peppered the man’s hair with the appropriate amount of grey highlights. He and John Nehls (H. 1972-77) spent the evening deep in good-natured reminiscences, and the Association and I very much hope it’s not too long before we see him again.