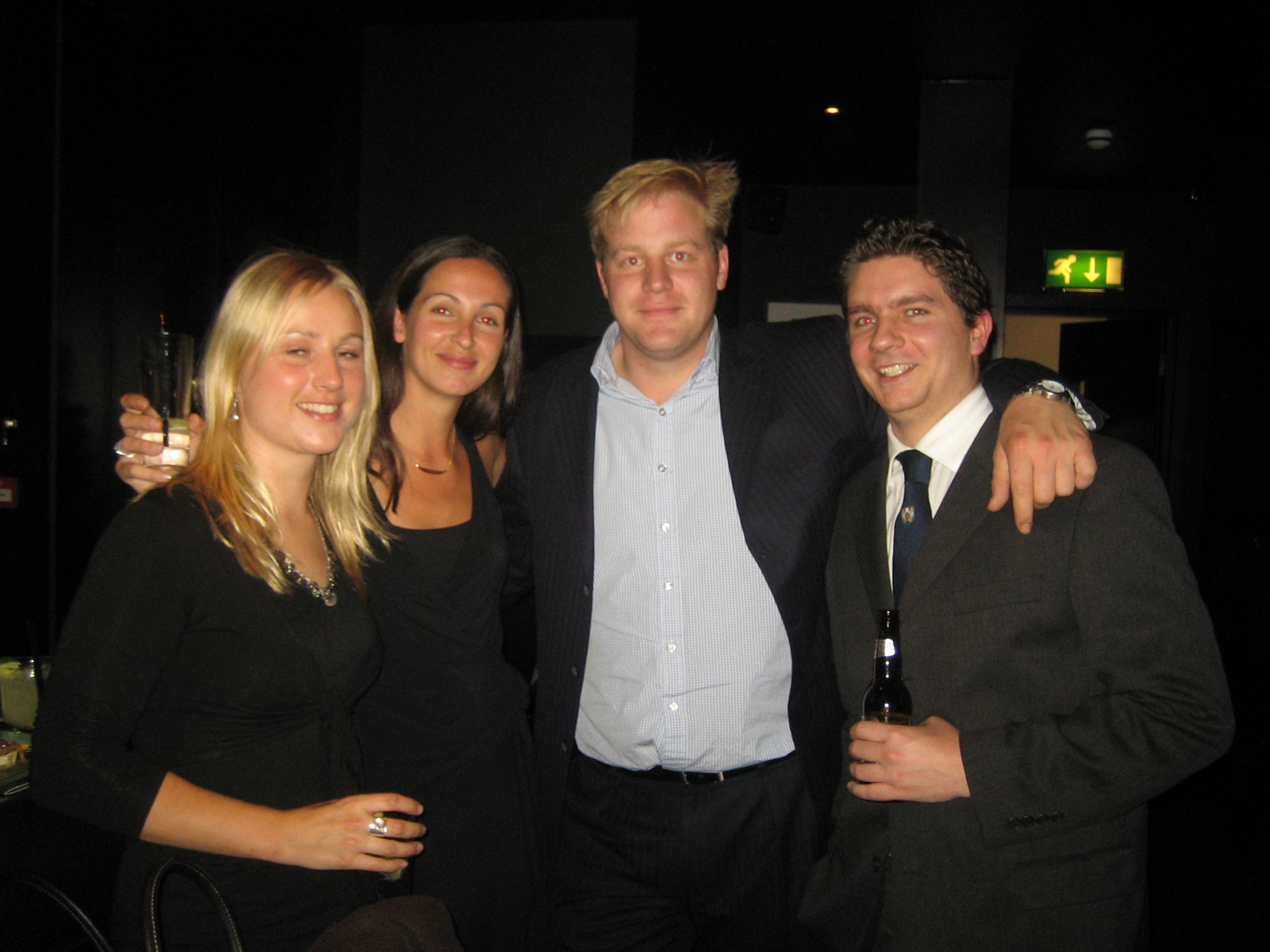 What a terrific night - this is how the London Drinks should work! I’d be lying if I said we wouldn’t rather have a few more of you along to these things, but the turnout tonight was a decent enough size, I suppose (15 or so), and the quality of the company more than made up for it’s quantity.

Together this crowd made for tremendous company, albeit enhanced considerably by the arrival of Emily Smith (F. 1993-98) and Victoria Du Caurroy Tribe (F. 1993-98). Emily is a speech therapist, and Vicky is a lawyer working for Cadwalader in Global Finance. On far too many occasions (but not always) are these London Drinks an all-male affair, and we simply cannot figure out why this should be. Bravo to Emily and Vicky for coming along - I really hope they enjoyed themselves, and we all look forward to seeing them again in the future.

Yet again, Duncan Watts (R. 1979-84)’s hospitality exceeded all reasonable expectations, and his wonderful staff kept us fed (with exquisite hors d'oeuvres) and watered (with some of the bars finest rums and cocktails) all night. Any intention any of us may have had to network constructively rather evaporated as a steady stream of increasingly exotic spirits crossed the bar in our direction.

Once more I thank Duncan and his staff for another great night out in the City. The OBA wholeheartedly recommends his restaurants and bars to you all; 3 exceptionally appointed venues serving wonderful meals and drinks - if you haven’t tried one of his restaurants, go and do so now!

We’re going to give the poor boy and his wallet a break for a short while (we’ll look to impose upon him again next year – perhaps in the Summer at his wonderful riverside restaurant in Putney). To this end we’re actively looking for a new venue for our New Years Drinks - perhaps our members would like to propose somewhere..?