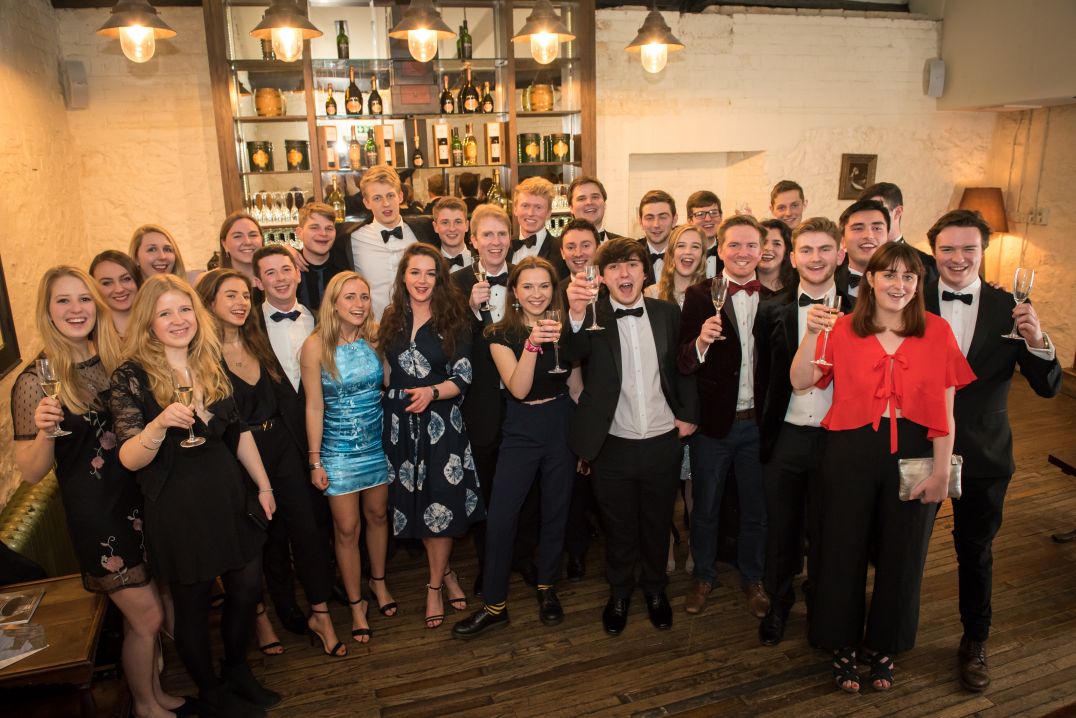 With some many OBs attending Universities in the West of England, we decided that it would be only be fitting to host a dinner in Bristol following on from our OB London, Cambridge and Oxford dinners.

"On 8th February, OBs from Bristol, Bath, Cardiff and Exeter dug out their black tie attire and headed to Hotel Du Vin in Bristol for the first OB West of England event. Joined by Mr Carhill and Mr Patton, they spent the evening remininscing, catching up on everyone's achievements since leaving school and discussing futures plans.

After a 3 course meal, plenty of drinks and a heart-felt speech from Mr Patton, the OBs left with the same feeling of community that Brighton College had provided in our years there.

With a strong turnout of over 25 OBs, we are looking forward to returning next year and making this an annual event."